On this page:
History of the First World War
Activities
Wilfred Owen
Film adaptations of poems by Wilfred Owen
Your own creative project

History
World War One began on 28th July 1914 and ended on November 11th 1918.  It is also known as World War 1, WW1, The Great War, and was known as the World War before the beginning of the Second World War in 1939.  Americans initially called it the European War.

The war was set off by the assassination of Archduke Franz Ferdinand of Austria, heir to the throne of Austria-Hungary, by Yogoslav nationalist Gavrilo Princip in Sarajevo.

Why did this cause a World War?

Activities
Answer the following questions in full sentences, researching your answers on the internet.


1. Name and describe the alliances that  had been formed across Europe to create stability and a balance of power, starting with the 'Holy Alliance' (1815).

2.  Why was the growth of German industrial and economic power an important factor?

3. Describe the events of the Bosnian crisis of 1908-9, which led to the fracturing and destabilising the Ottoman Empire.

4. Describe the chain of events known as the July Crisis', which led to the outbreak of the First World War.

5. Create a timeline of the events leading up to the First World War.

6. Print out a map of Europe and mark the key events with dates on correct locations on the map.

6. Draw a picture of a soldier in uniform. 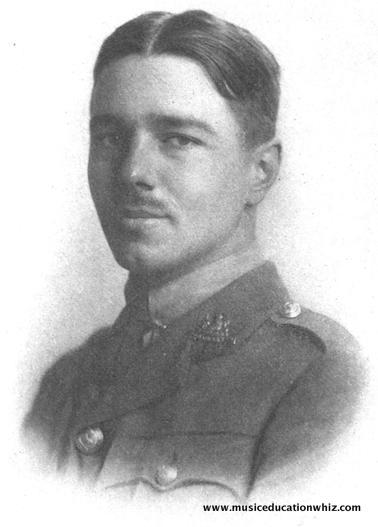 The poet Wilfred Owen enlisted in the British army in 1915.  He was born in Oswestry on the Welsh border, and wanted to be a poet from a young age.  He developed shell-shock whilst on active service in France in 1917, and had to return Britain for treatment.  Whilst in hospital, he met the poet Siegfried Sassoon, who encouraged him to write poetry about his war experiences.  He did so in order to speak for the men in his care and to show the 'Pity of War'.  He also wrote letters to his family in the same vein.  He was killed on 4 November 1918 during the battle to cross the Sambre-Oise canal at Ors.

Film adaptations of poems by Wifred Owen
Watch  the film adaptations below, which use poetry by Wilfred Owen and original First World War film footage.  Afterwards, write a letter to your family as though you are a soldier in the trenches.

Purchase DVD including these films, entitled 'Songs of Love and War'.

Your own creative project
In groups of 4, either use an existing war poem, or write your own.  Create a film, animation, or a play version of your poem.  You will need to create the scenery, props, costumes, and music.  The music can be background music to a spoken poem, or you can sing the words.  Good luck!