Bionic Bodies: A series of 3 lessons for KS2/3 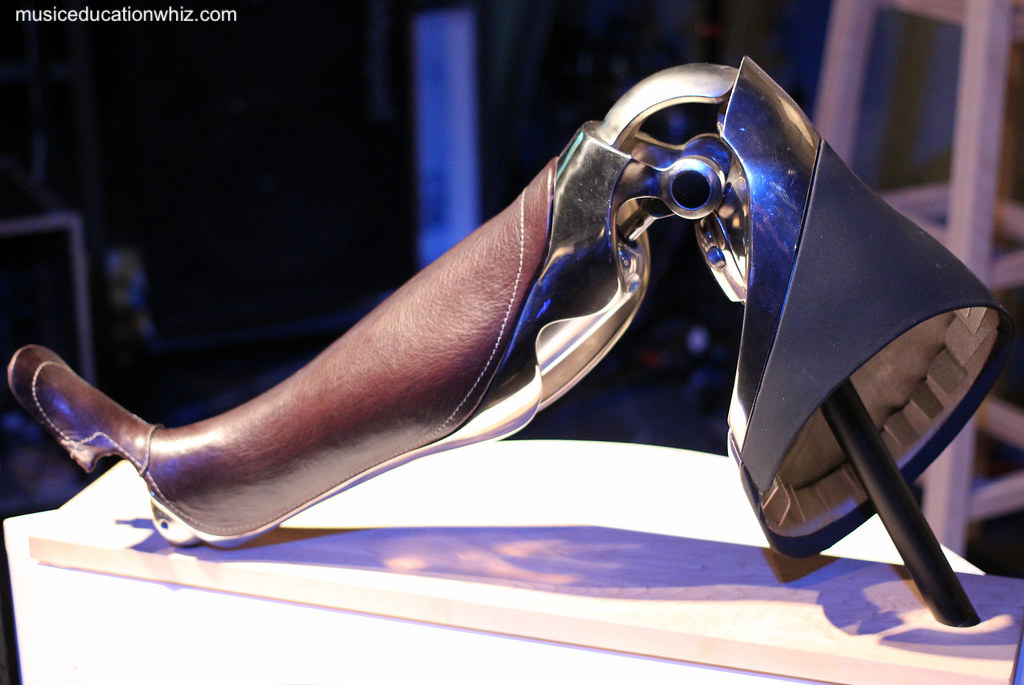 "Prosthetic Jewelry 1" by kerolic is licensed under CC BY-NC-SA 2.0

OBJECTIVES OVER THE THREE LESSONS:

LESSON 1
INTRODUCTION TO THE TOPIC - WHAT WE WILL COVER IN 3 LESSONS - 3 mins:

Today’s Lesson Objectves: to listen to, analyse, perform and improvise around the theme tune for Chariot’s of Fire

What is the film about? Why are we using this for the topic of ‘Bionic Bodies’? The concept of human biology pushed to its limits; here young athletes in Cambridge training to run as fast as their bodies can go

What instruments can you see and hear? A mixture of synthesised and acous:c instruments

Why do you think the composer chose these instruments? To depict the combination of human and robotic characteristics.

Describe the music and suggest reasons for the way it is composed: Repetitive ostinatos depicting the training and robotic nature; soaring melody to depict the breaking away from the human body into new territory

CLASS PERFORMANCE - 12 minutes
The class will perform Chariots of Fire together. An advanced pianist can play the underlying piano part, the rest of the class can play the different repeating rhythms on instruments of their choice. Each child will be given the opportunity to improvise their own ostinato against the existing piece, aiming to characterise bodies in motion.

LESSON 2
Lesson Objectives: To learn about prosthetics, and music depicting robotic humans; to begin a composition task on Garageband/Cubase (or similar)

What are your thoughts on this. Is it exciting, scary, unimaginable? If a blind woman walks with a cane, is the cane part of her body?

KRAFTWERK DISCUSSION AND LISTENING - 9 mins
A German band formed in Düsseldorf in 1970. Widely considered as innovators and pioneers of electronic music, they were among the first successful acts to popularize the genre. This is the first song in their 1978 Album, The Man-Machine, in which they developed a self-described “robot pop” style that combined electronic music with pop melodies, sparse arrangements and repetitive rhythms, while adopting a stylised image, including matching suits. Listen out for different ostinatos, different sounds, words - how do the sounds characterise machines?

Composition Task: explanation and demonstration - 8 mins:
Using Garageband/Cubase (or similar), children will compose a piece entitled ‘Bionic Human’. The piece must have a clear beginning, middle and end. I will demonstrate how to compose into Garageband, asking pupils to contribute ideas for sounds and rhythms.

COMPOSITION TASK - 13 mins:
Pupils will compose their own Kraftwerk-style pieces on Garageband with a clear beginning, middle and end.

DIFFERENTIATION OVER THE THREE LESSONS