A Child is Singing

Dramatic Cantata about the horrors of nuclear war, for baritone soloist, SATB chorus and piano 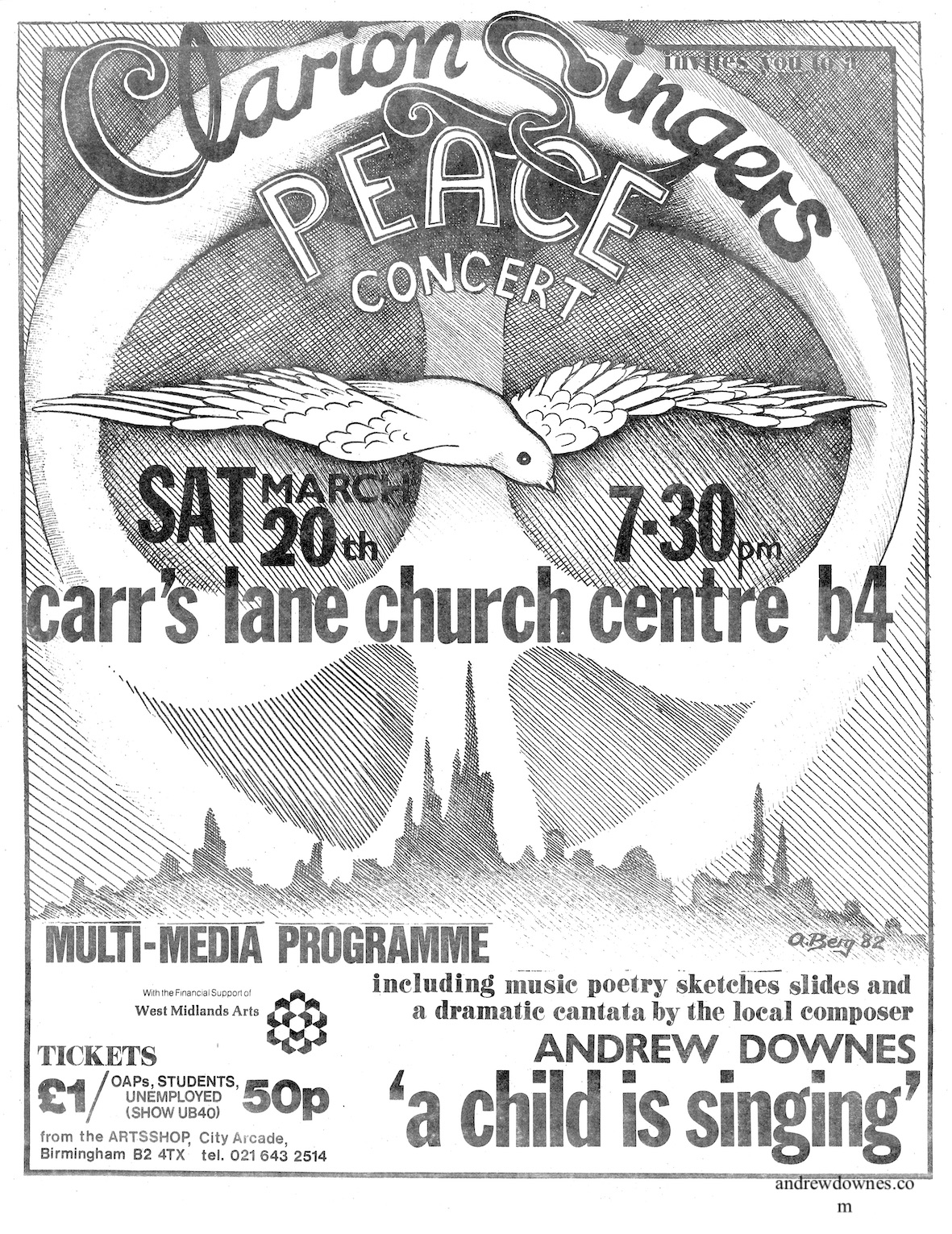 More information on A Child is Singing

An account by his wife and publisher, Cynthia Downes, posted on November 17th, 2020

Title and poem 'A Child is Singing' by Adrian Mitchell. Additional words by an anonymous survivor of Hiroshima, and Cynthia and Andrew Downes.


The Musical Times critic, Tony Cross, who was complimentary about Andrew's Cain and Abel, was also the accompanist of the Moseley (Birmingham) - based choir, the Clarion Singers. Tony Cross recommended to the Clarion Singers that they should commission Andrew to compose a work for their concerts for CND and Amnesty International.  Andrew saw an opportunity to create another Dramatic Cantata, for soloists, choir and piano.  He particularly liked Adrian Mitchell's poem, A Child is Singing, which he set as the opening and at the end of the Cantata.

And a child is singing.
And nobody listening.
But the child who is singing."

At the end of the work Andrew set words from an anonymous survivor of Hiroshima.

"A glaring, whitish, pinkish light appeared in the sky, an unnatural tremor, followed by a wave of suffocating heat, and a wind swept away everything in its path.  Within a few seconds, the thousands of people in the  streets were caught by a wave of searing heat."

For the rest of the work I again played a large part in creating the libretto with Andrew, as we had done with The Death of Goliath and Cain and Abel.

The Cantata was performed by the Clarion Singers, with Michael Dowding as baritone soloist, Peter Dempsey, tenor soloist, and Malcolm Wilson, piano, directed by Aubrey Bowman and produced by Val Stevens, on March 20th 1982 in Carrs Lane Church, Birmingham. The choir performed the work with absolute conviction, acting their roles with total commitment. 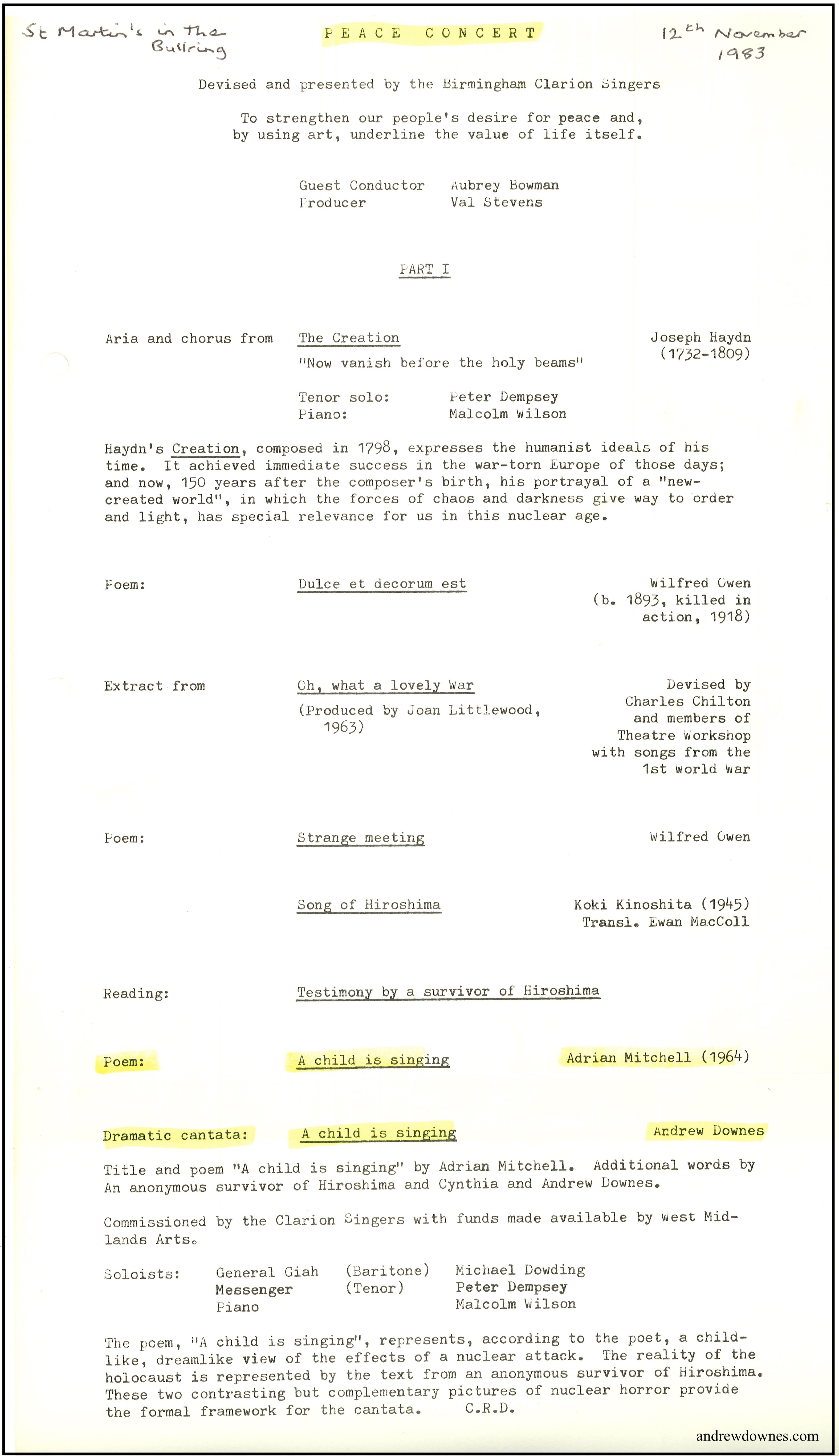 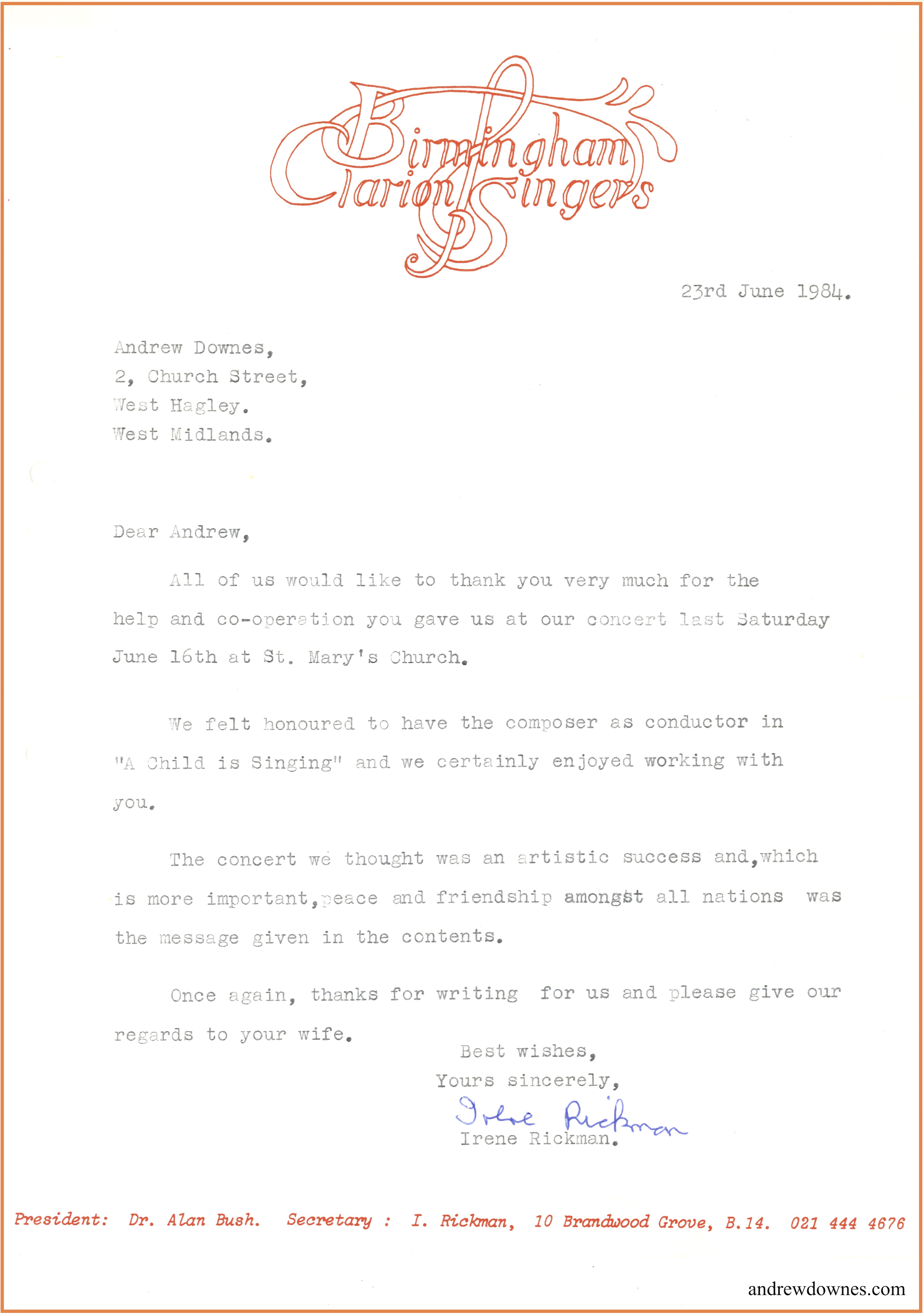 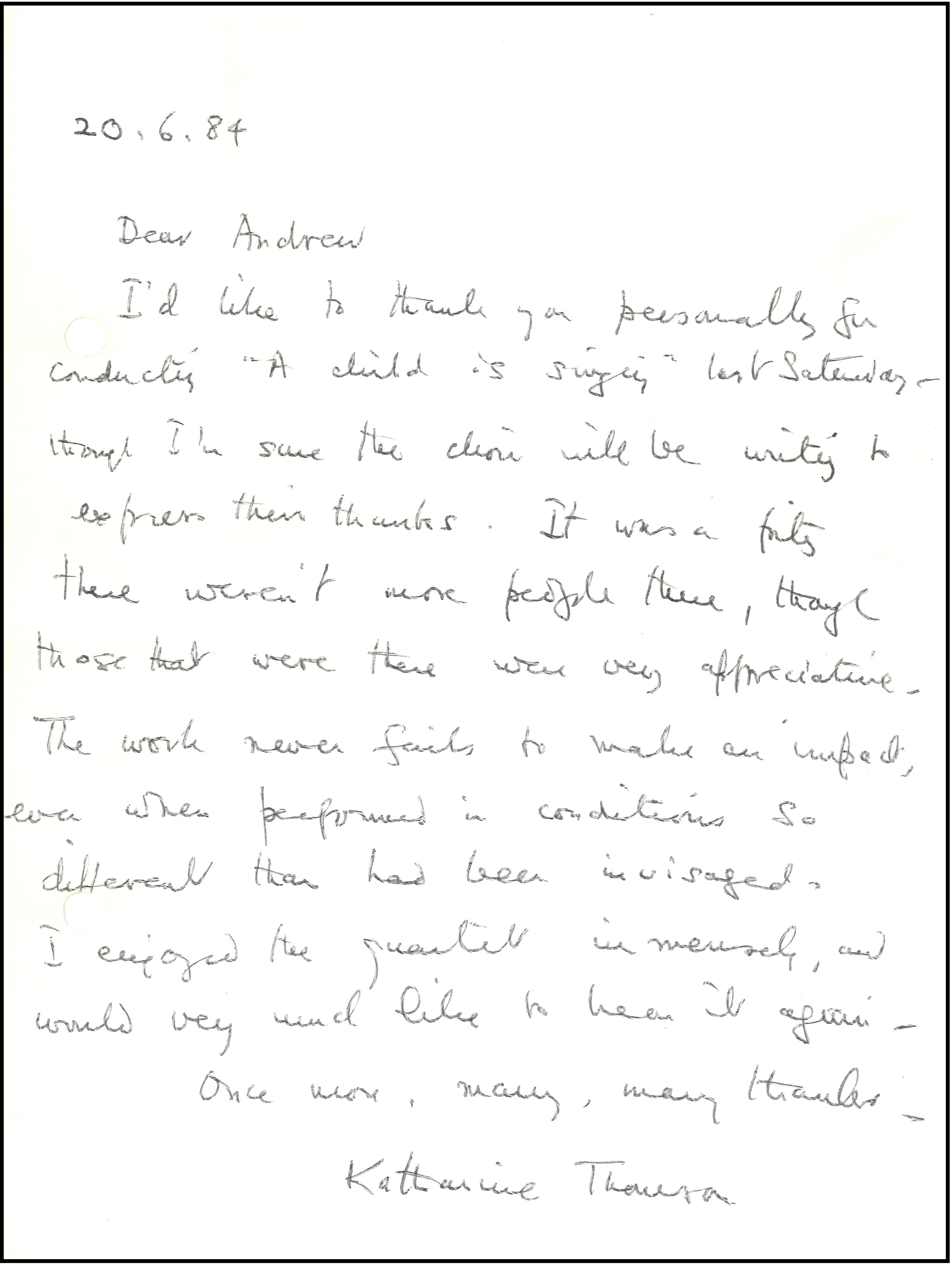 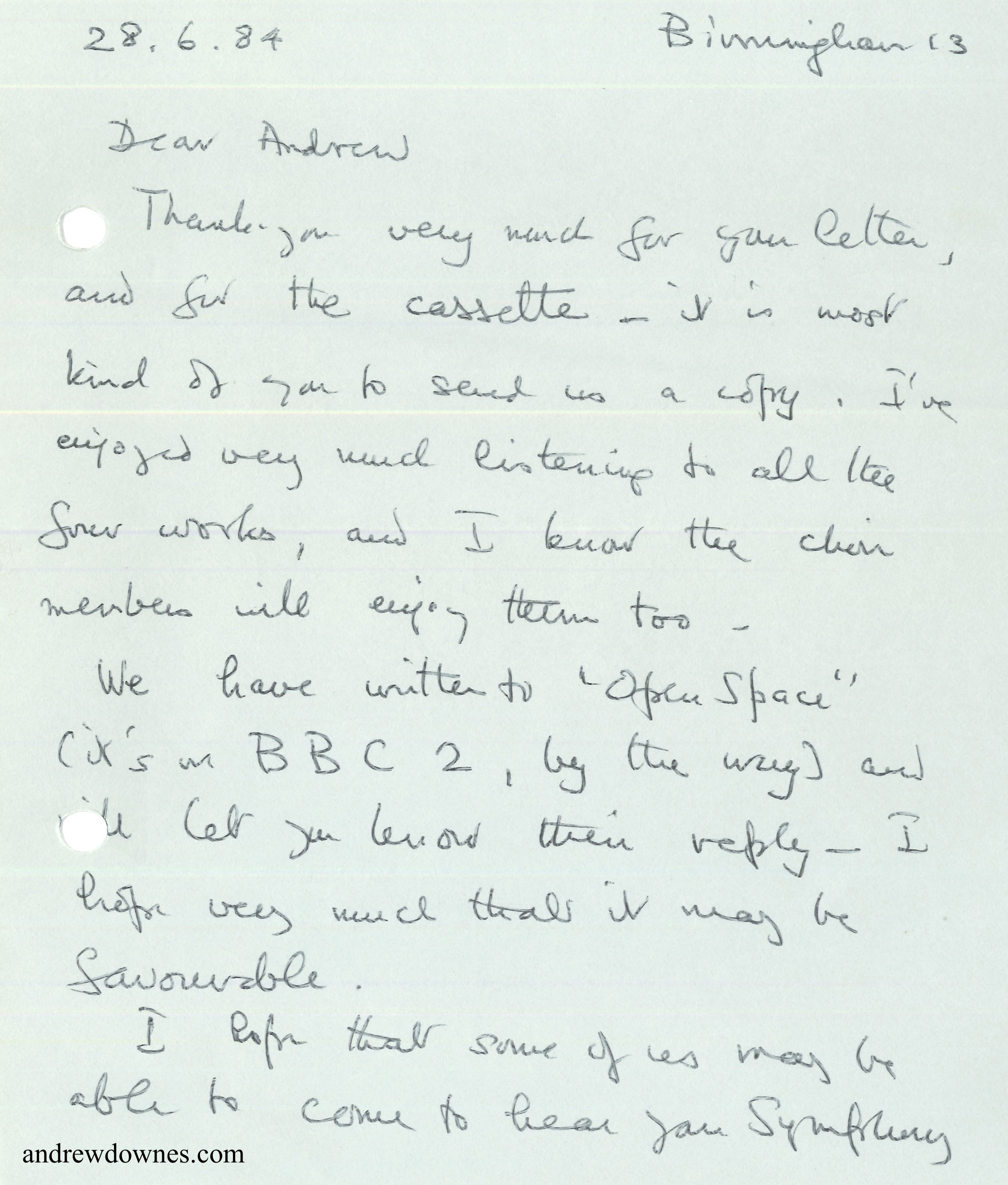 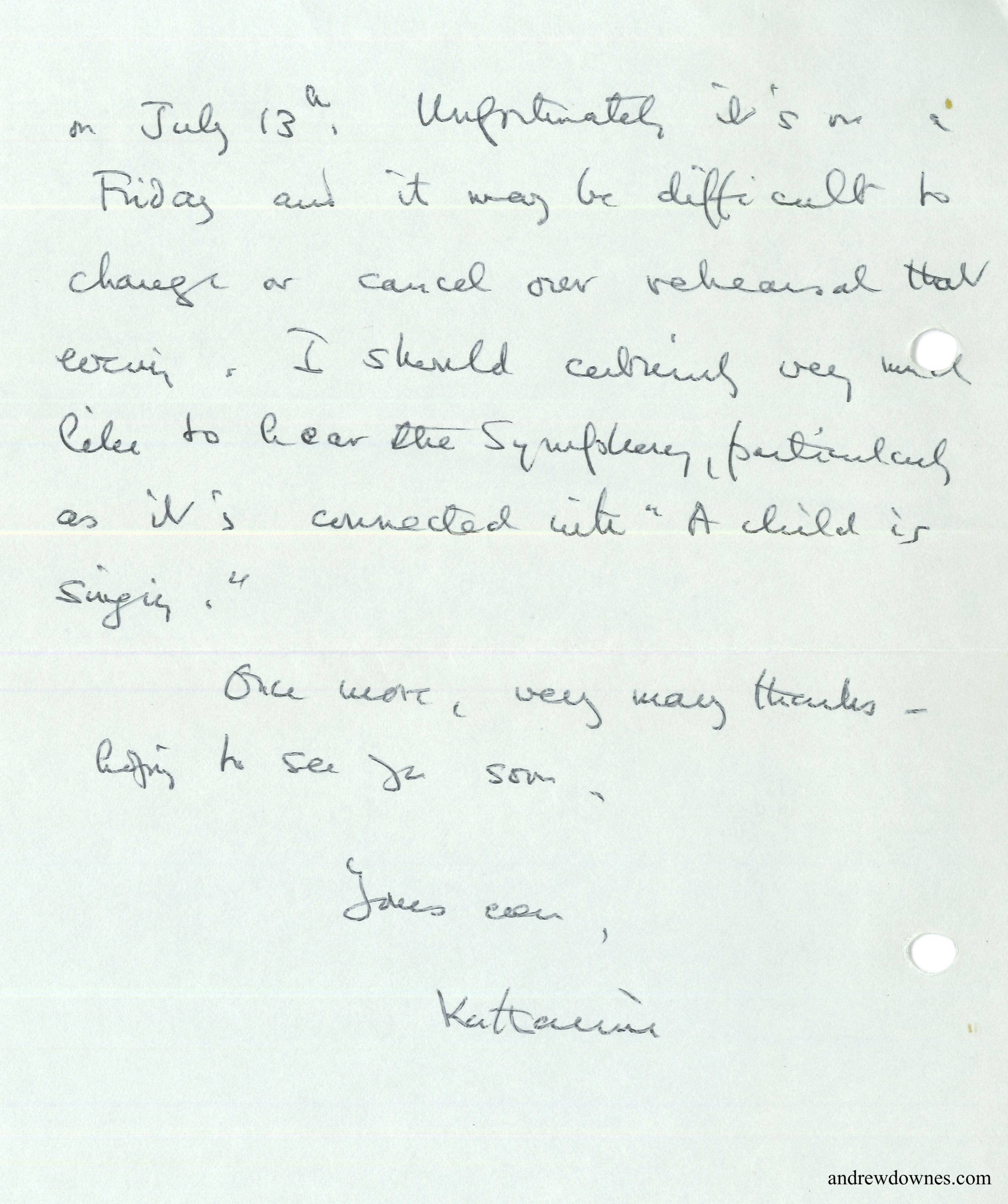 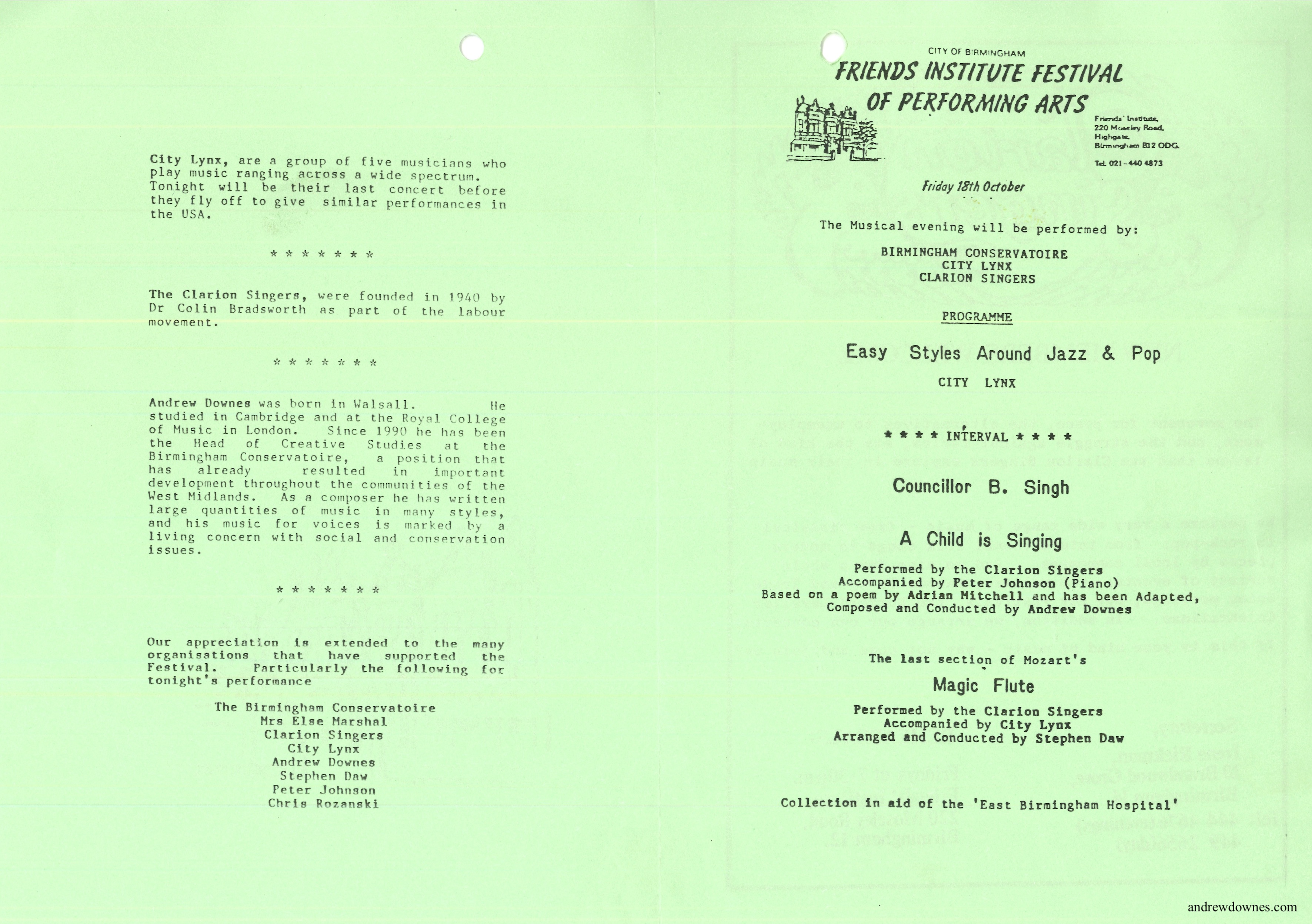 The Clarion Singers were accompanied by superb pianists Malcolm Wilson, Tony Cross and Peter Johnson respectively, and conducted by Aubrey Bowman and Andrew Downes in their performances of the Cantata. Here is a small extract from the Cantata: