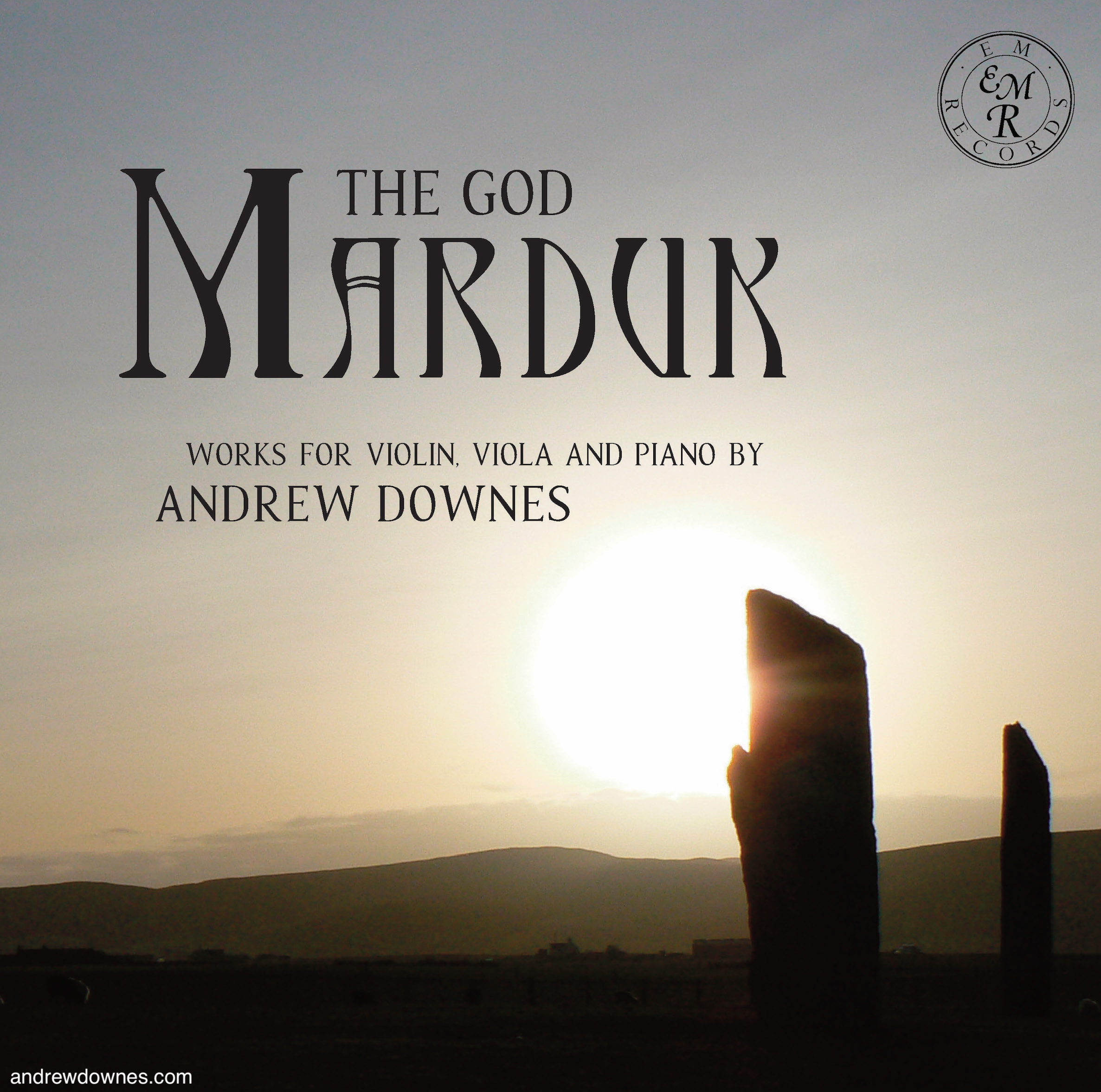 Photos of the launch by Alastair Barnsley and Laurence lewis 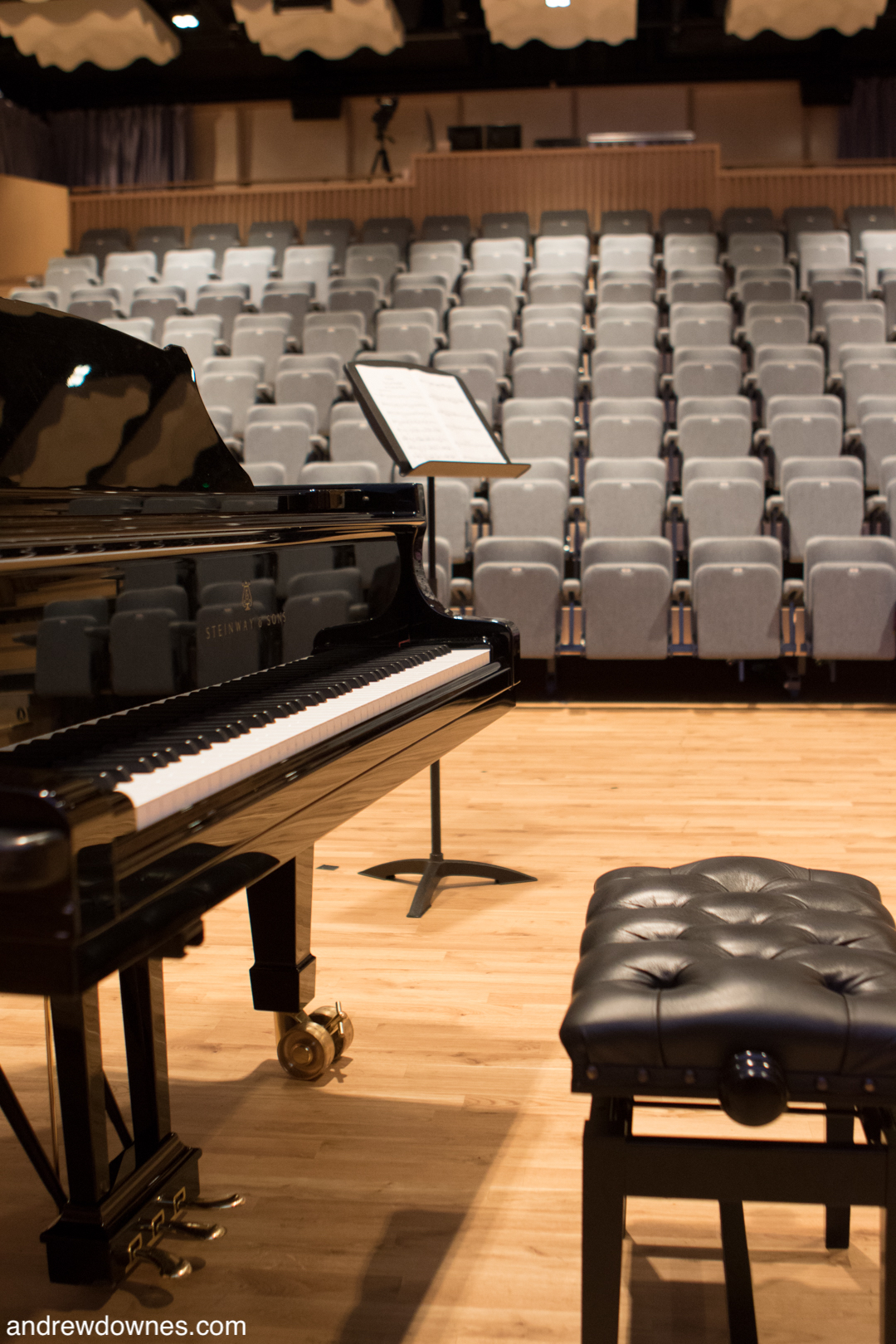 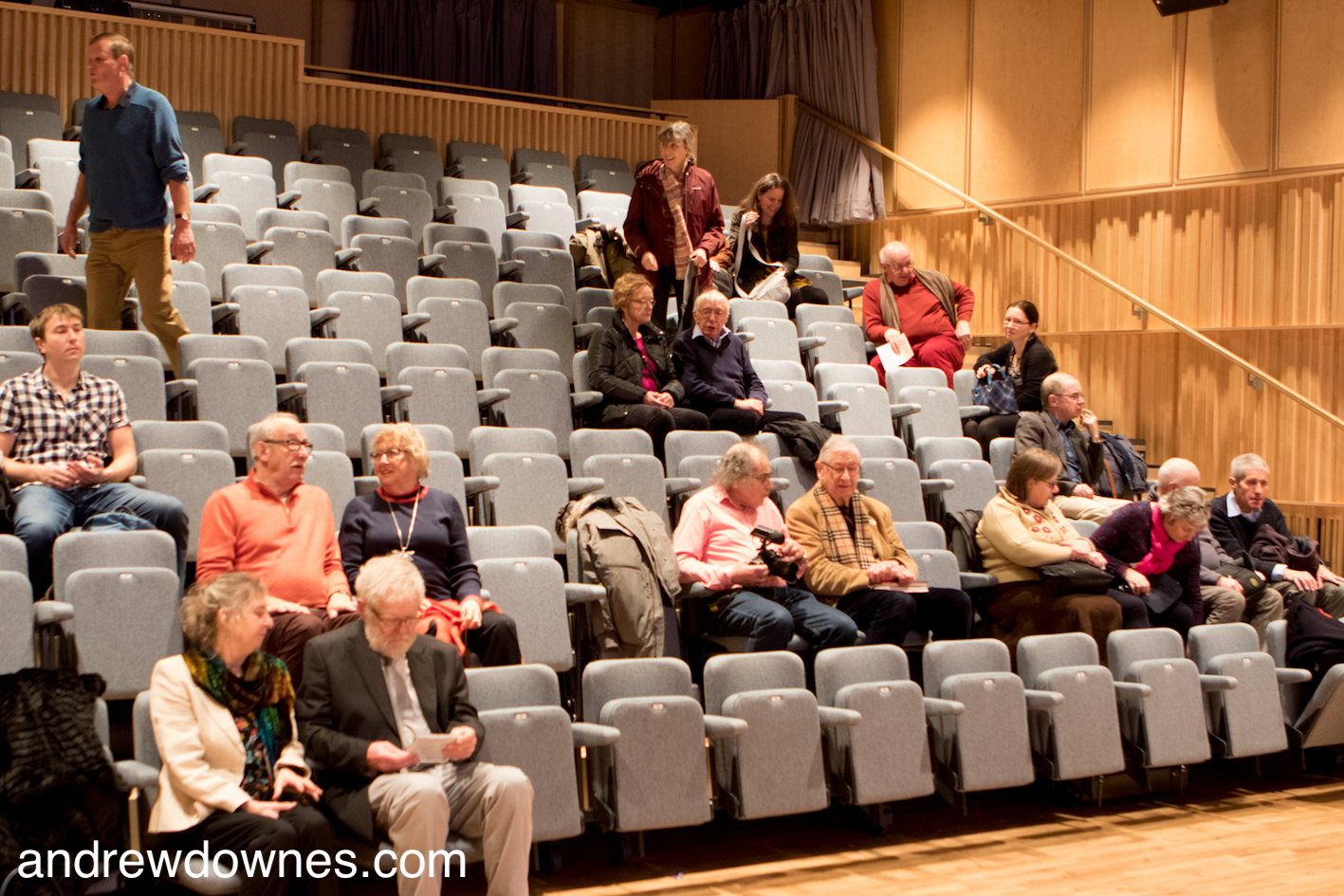 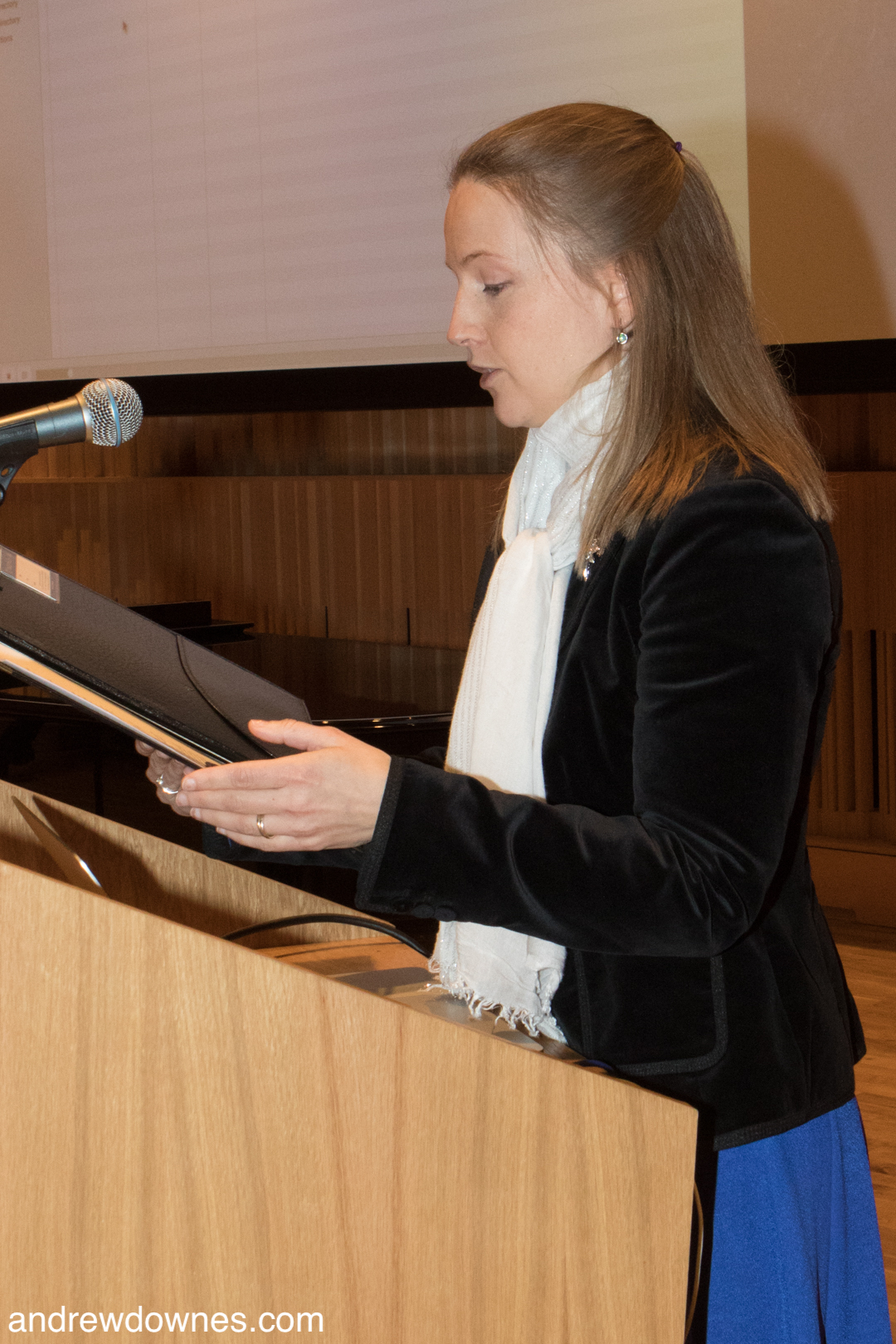 Paula Downes: Good afternoon Ladies and Gentleman. We are delighted to see you all here at the launch of Andrew Downes' latest CD, 'The God Marduk', works for Violin, Viola and Piano, performed by Duncan Honeybourne and Rupert Marshall-Luck.

This time last year Andrew Downes nearly died, we honestly thought we had lost him, so it really feels like a miracle that we are all here today.

My name is Paula Downes, I am Andrew Downes' younger daughter and I am Chief Executive of Lynwood Music, the Publishers and Promoters of Andrew Downes, founded by my Mum, Cynthia Downes in 1978, and run by her ever since. We are currently ploughing our way through a mammouth task of digitising his huge output of music: about 110 works, ranging from large-scale symphonies and oratorios, to works for flute choir, sacred and secular vocal music, chamber music and works for unaccompanied voice and violin. The sheet music can be purchased and downloaded from his website, andrewdownes.com. We are also producing a regular Blog of my Mum's experiences of the premieres of each work, and I produce films and animations recording his vocal works for the soundtrack and interpreting the music via images. Visit andrewdownes.com to find out more.

We are definitely a family affair. Anna Downes, Andrew's older daughter and violinist is Founder and Leader of Central England Camerata. She will be talking about a very exciting concert for Andrew's 70th Birthday celebrations later on.

I would firstly like to invite Duncan Honeybourne to the stage to perform Andrew Downes' Piano Sonata No.1  from his EM Records CD of Downes piano works, Daybreak in the Fields, released in 2017, also on sale at the end of our presentation.

Duncan Honeybourne explaining how he first came across Andrew Downes' Piano Sonata No.1 in the Conservatoire Library where he was studying at the time. 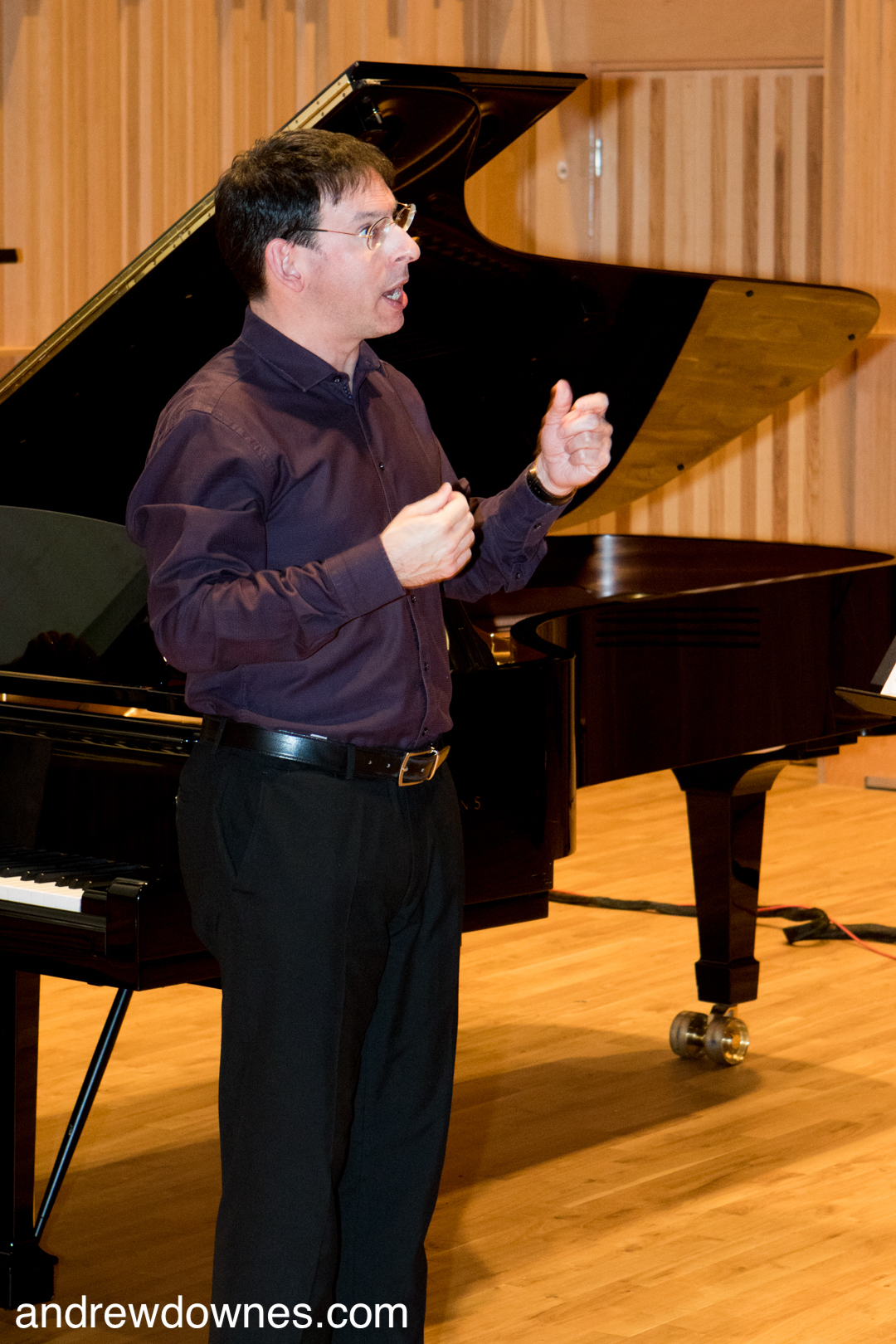 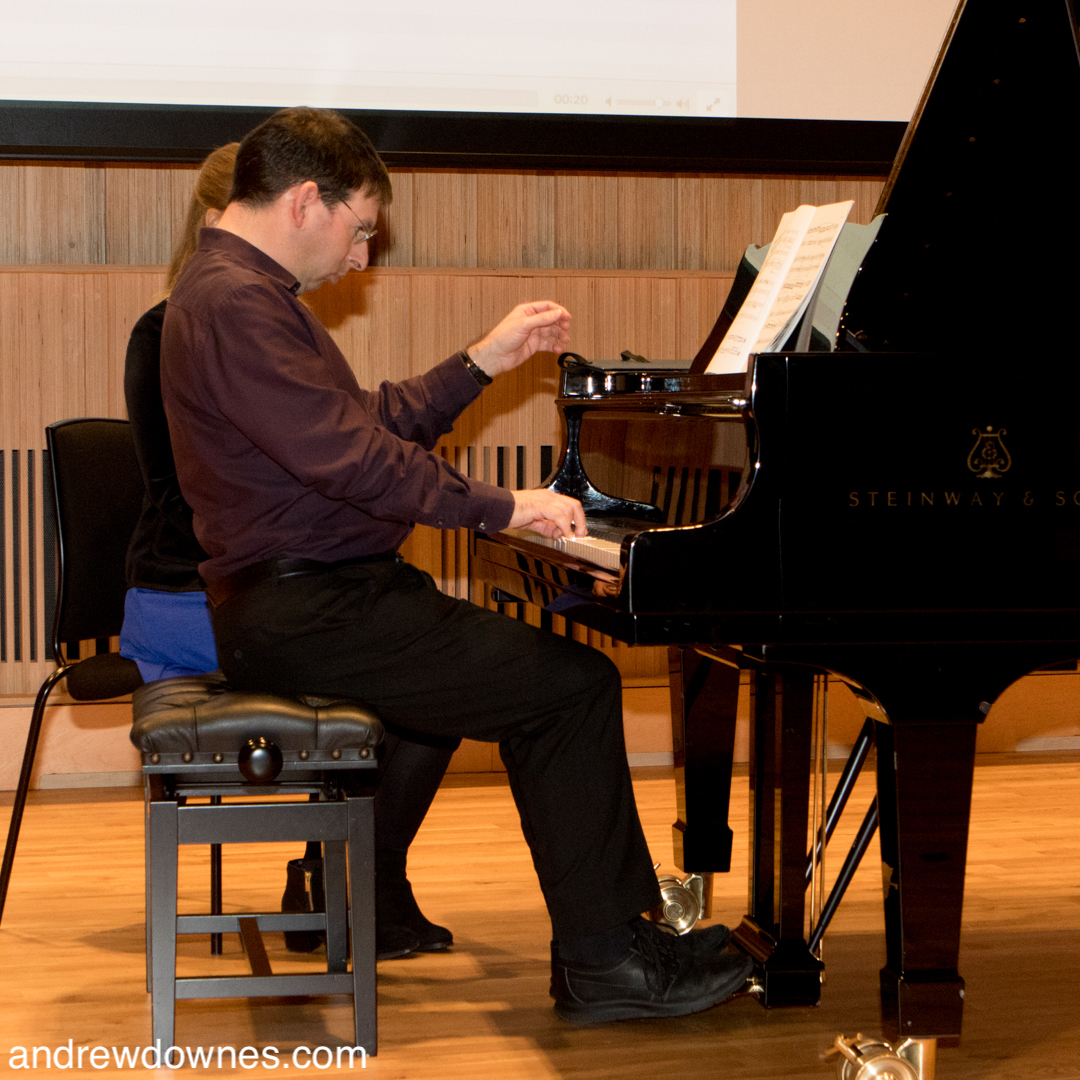 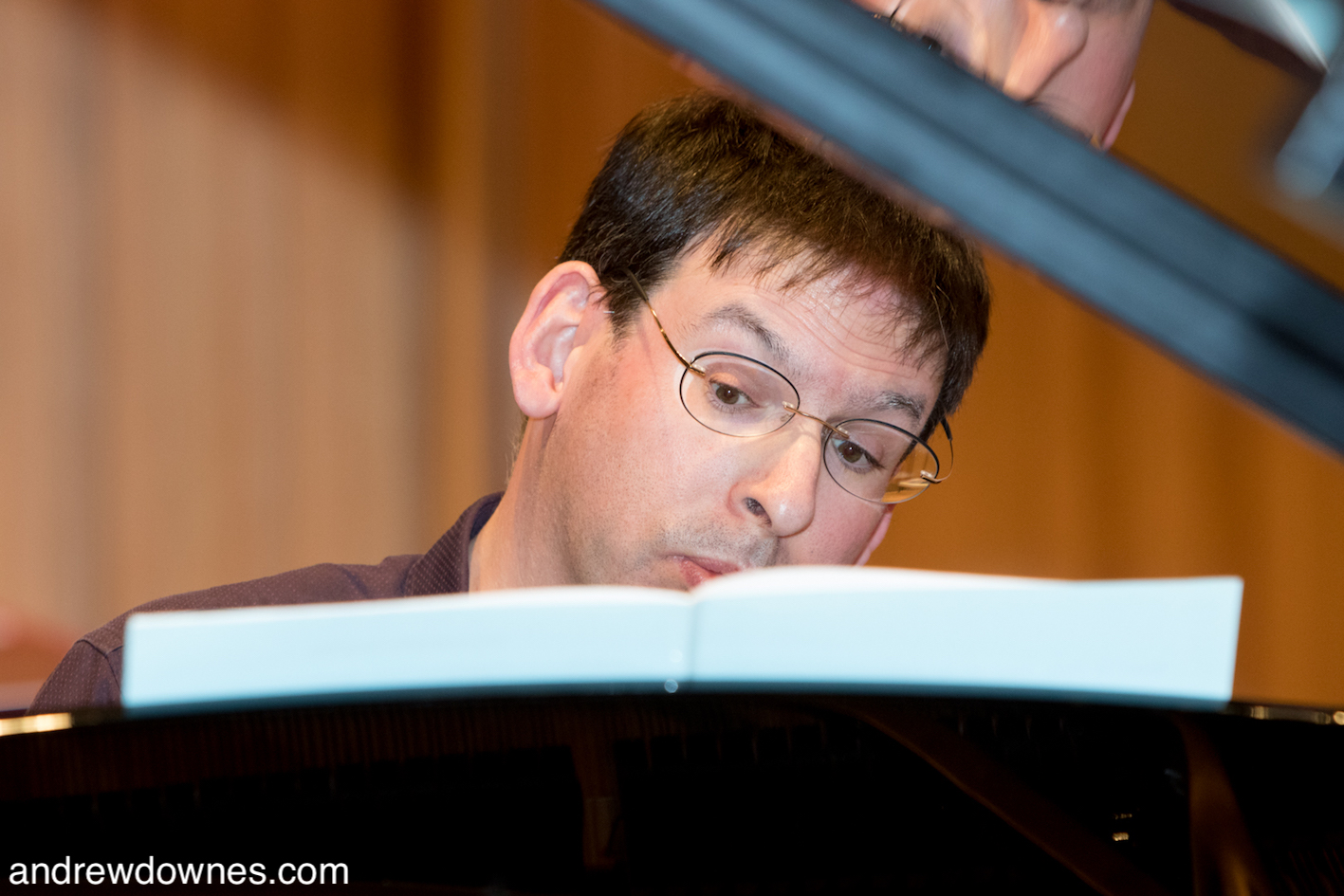 Paula Downes: Andrew Downes was born in 1950 in Handsworth, Birmingham into a musical family. His mother was a fine singer; his father a professional horn player and later Head of Orchestral Studies at the Birmingham Conservatoire; and his uncle was principal violist of the Philharmonia Orchestra. Andrew learnt the horn and piano and sang with the Midland Boys Singers where he was introduced to a rich diet of plainsong and Renaissance polyphony, which has had a profound effect on his composition. He won a Choral Scholarship to St John's College Cambridge where he read music, and went on to study singing and composition with Herbert Howells at the Royal College of Music. He continued to sing for a few years as a soloist, most notably on German Radio with Dietrich Fisher Diskau, as well as teaching music in Secondary Schools, before getting a position at Birmingham School of Music, now the Royal Birmingham Conservatoire, as a theory teacher with the long-term project of developing composition. During his 30 years at the Conservatoire he founded the School of Composition and Creative Studies, becoming Professor in 1992. As part of his job he forged links between the Conservatoire and the University of Burdwan in eastern India, (read more here) and his music became influenced by Indian Raga. The Violin Sonata on this latest disk has been described has having a strong Indian flavour. Andrew's music has also been influenced by African multi-time, Pueblo Indian music and culture, as well as Jewish modality. His music is instantly appealing and full of melodies. It is almost as though he flies through the air in his music, escaping from his restricted body.

As a further introduction to the music of Andrew Downes I would like to show you a documentary film of the making of the 2016 CD of the Czech Philharmonic Orchestra recording of Downes' Symphonies and Overtures released by Artesmon, also available at the end of this presentation.

Paula Downes: I will now play the first movement of Symphony No.3 which has strong influences of African Drumming which Andrew was immersed in at the Conservatoire when he appointed World Music expert Mark Lockett, as Deputy Head of his School of Creative Studies.

I would now like to invite Anna Downes to talk about Andrew Downes' 70th Birthday Concert. 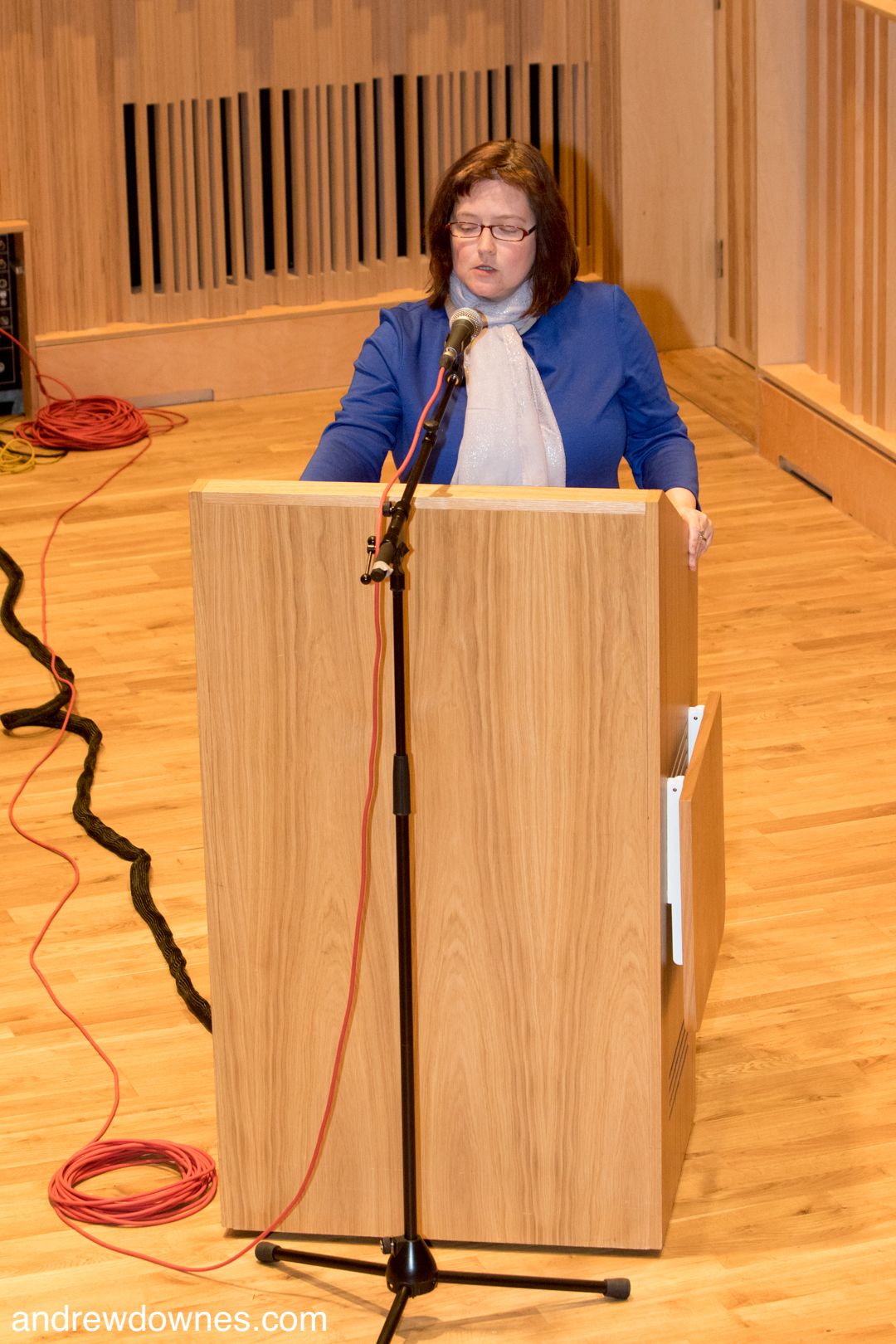 Anna Downes: I've been delighted to attend this event this afternoon and it goes without saying that the performances are sublime. Everyone should buy this CD.

Dad's path has not been an easy one in terms of his health and we are delighted that he is with us to enjoy this event.

To mark this significant milestone, there will be a special concert in which Andrew's 6th Symphony will be premiered. The first half of the concert will be chamber works written by Andrew and in the second half will be the 6th symphony, written for chamber orchestra. This has been composed for and dedicated to Central England Camerata, the professional orchestra which I set up in 2013. The orchestra gave the premiere and toured with his Ballad of St Kenelm between 2014 and 2018, and in 2016, the Camerata celebrated Andrew's 65th Birthday in a special concert at Birmingham Cathedral in which we performed his Symphony No.1. Symphony No. 1 features a solo organ part which on this occasion was played by our very own Duncan Honeybourne. Central England Camerata has also performed Symphony No.2 several times and will perform Andrew's Celtic Rhapsody on 18th May this year as part of Hagley Festival at St John's Church in Hagley. Celtic Rhapsody is a work for soprano soloist and orchestra, and the soloist will be Paula Downes. Symphony No.6 was composed, remarkably, before, during and after Andrew's significant bout of ill health at the start of 2018. The premiere will take place to celebrate the 70th Birthday of Andrew at Hagley Hall on 2nd October 2020.

The whole Symphony, composed in 5 movements, is entitled 'Nature Fights back' and is inspired by the topic of Climate Change. Andrew has always been passionate about the Native American philosophy of life, that being 'we belong to the earth, the earth does not belong to us and it is our duty to preserve it'. His first work which embraced this was 'Song of the Praries' which was composed in 1988. Andrew wrote in his score that the work is 'dedicated to the expression of the beauty and power of nature and is at the same time a passionate protest mingled with nostalgia at man's appalling treatment of his natural heritage'

So symphony No.6 will be premiered some 32 years later in October 2020, a point at which the need to address Climate Change could not be more pressing.

The movements are entitled:

Full details on how to get tickets for this event will be released in due course. We very much hope to see you there.

Paula Downes: And now to the CD we are promoting today: I would like to ask Andrew to give a general introduction to the works recorded on this disk: 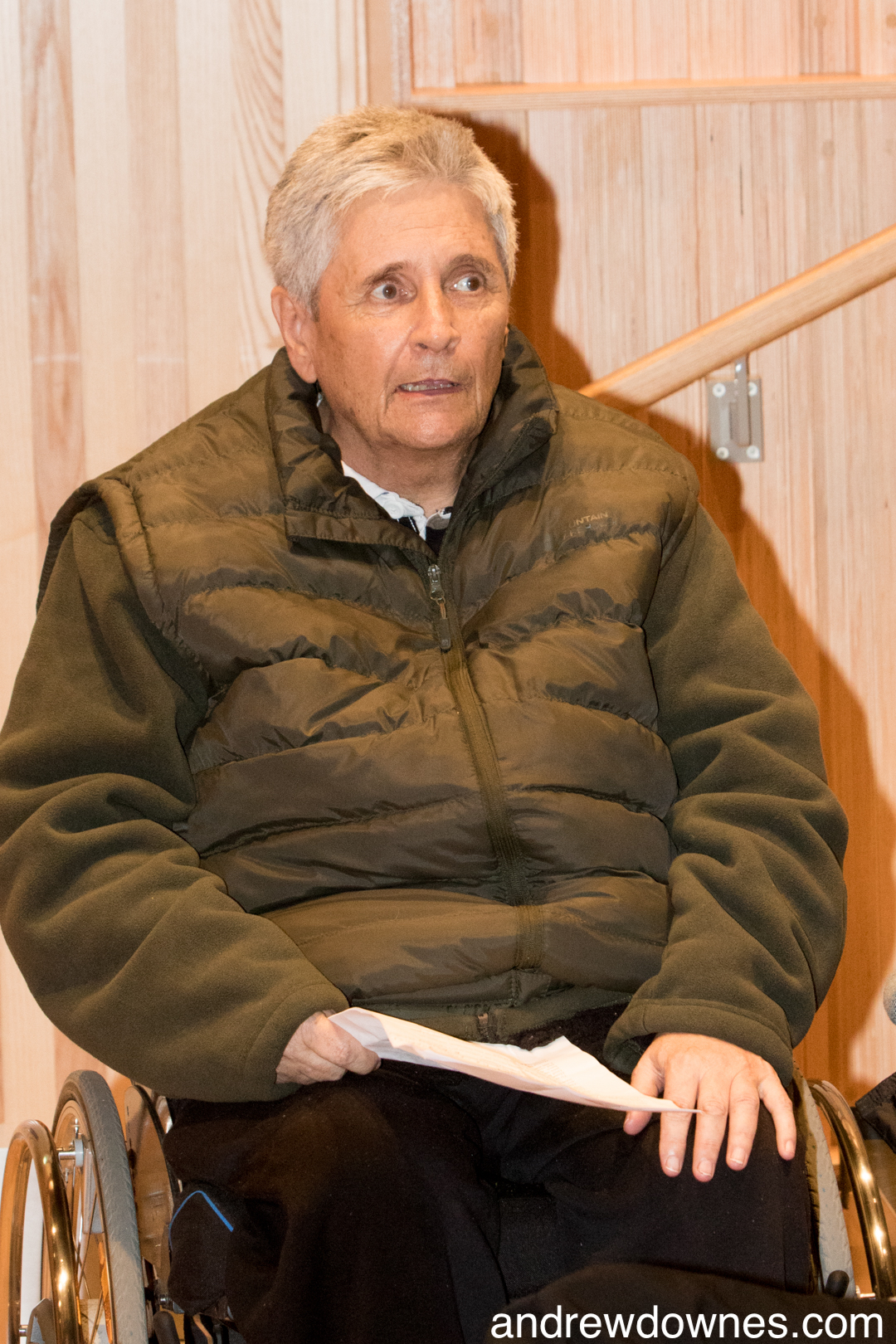 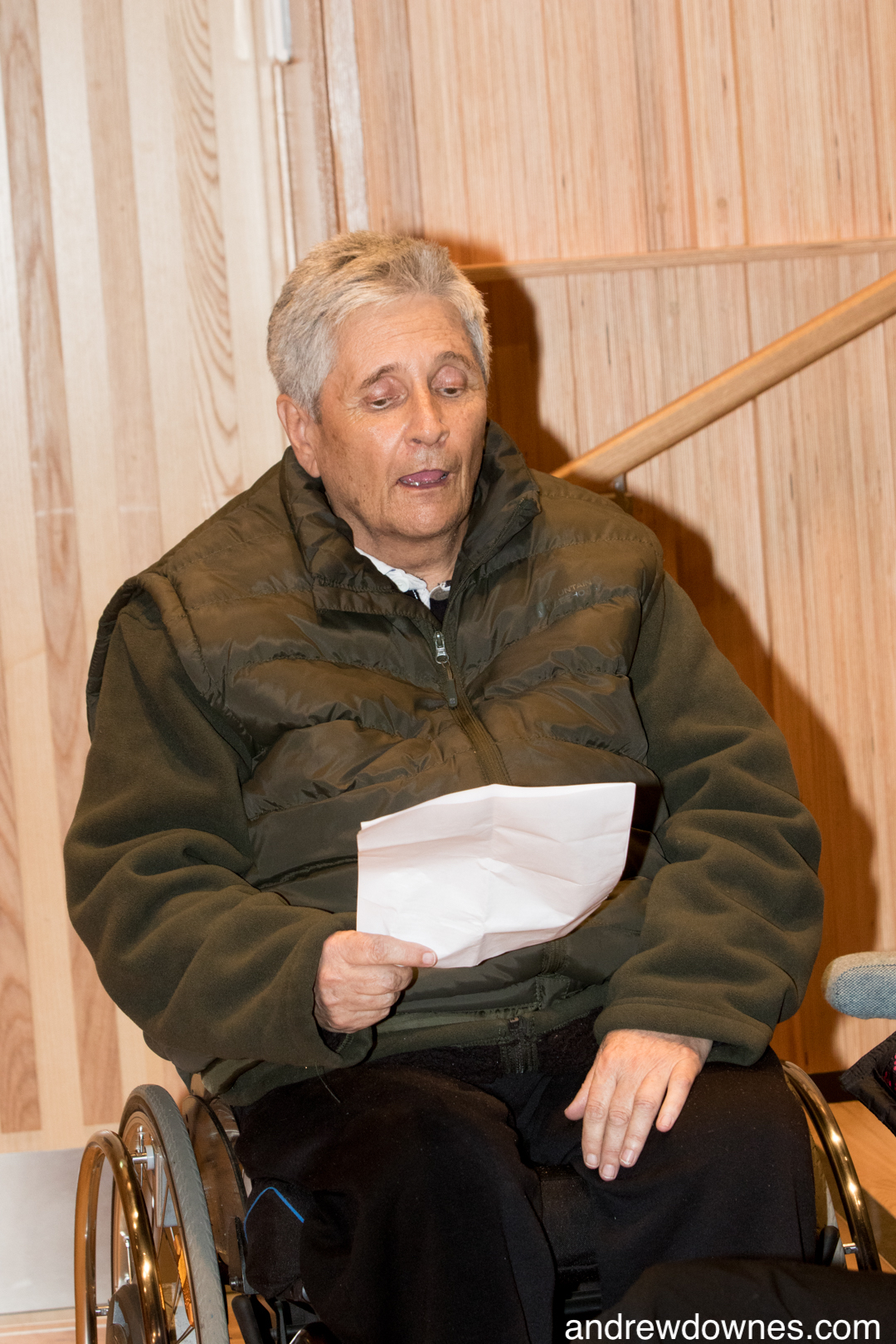 Andrew Downes: This is a very special CD for me.  Each of the pieces on it are very individual, and there are different reasons for the character and poignancy of each.

The ‘Sonata for Violin and Piano’ was composed in memory of a wonderful violinist, a great friend and a real English gentleman, Ernest Element.  The work is one of my most ‘English’ in its atmosphere and poignant modality, but when it was premiered in Kolkata, India, by Kolkata born composer and violinist, John Mayer, I was told by several audience members how strongly influenced I was by North Indian Ragas!

‘The God Marduk’ has influence from middle-eastern modes to reflect, as far as possible, the legend of this ancient Babylonian King.

The ‘Mass for Solo Violin’ was commissioned by violinist James Coles for his performances in monasteries in France, and I tried to sense the depth of time and space reflected in the beautiful liturgy of the Church.

The ‘Sonata for Viola and Piano’ is beautifully transcribed here by Cynthia Downes, from my Sonata for Horn and Piano.  I think it works even better on the viola!  There is a most interesting account of this work in Cynthia’s blog about the piece.

Paula Downes: To end our presentation, I am delighted to introduce Rupert Marshall-luck and Duncan Honeybourne to perform the title piece from the disk we are promoting today, 'Poeme: The God Marduk': The God Marduk was the ancient Babylonian God. The music sums up the awe inspiring aspect of an ancient mythical God and also the playful nature he was said to have. And you are in for a real treat. The gorgeous rich sound Rupert produces on his violin and viola, coupled with the ensemble between these two extraordinary players is very special I am sure you'll agree.

Hailed by BBC Music Magazine for his “handsome tone and laser-like tuning”, and acclaimed by audiences and critics alike for the verve, commitment and intelligence of his performances, RUPERT MARSHALL-LUCK appears as soloist and recitalist at major festivals and venues throughout the UK as well as in France, Germany, the Netherlands, the Republic of Ireland, Sweden, Switzerland and the USA.  His extensive discography includes many World Première recordings as well as conspectuses of the complete music for violin and piano of Herbert Howells and C. Hubert H. Parry; and his solo performances have been frequently broadcast on radio stations worldwide, including BBC Radio 3. Rupert is active as a writer and speaker on the performing aspects of music, and he has presented lecture-recitals, seminars and masterclasses.


Branded “the heroic Duncan Honeybourne” by Musical Opinion and commended for the “suave confidence” of his playing by International Piano magazine, Duncan enjoys a colourful and diverse career as pianist, writer and in music education. He has toured extensively in the UK, Ireland and Europe as recitalist, concerto soloist and chamber musician, appearing at many major venues and leading festivals. He has been a frequent soloist on radio networks worldwide including BBC Radio 3. 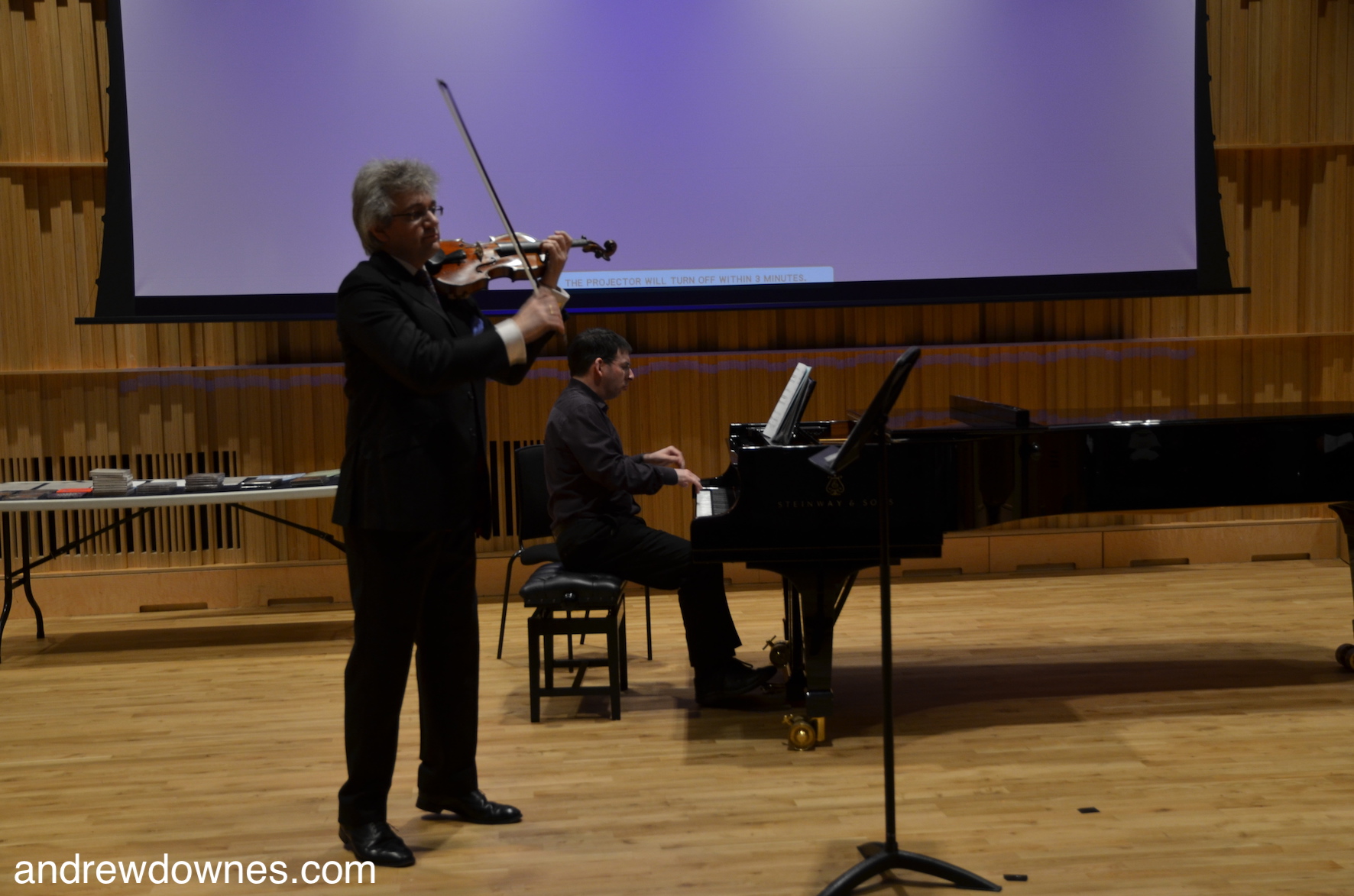 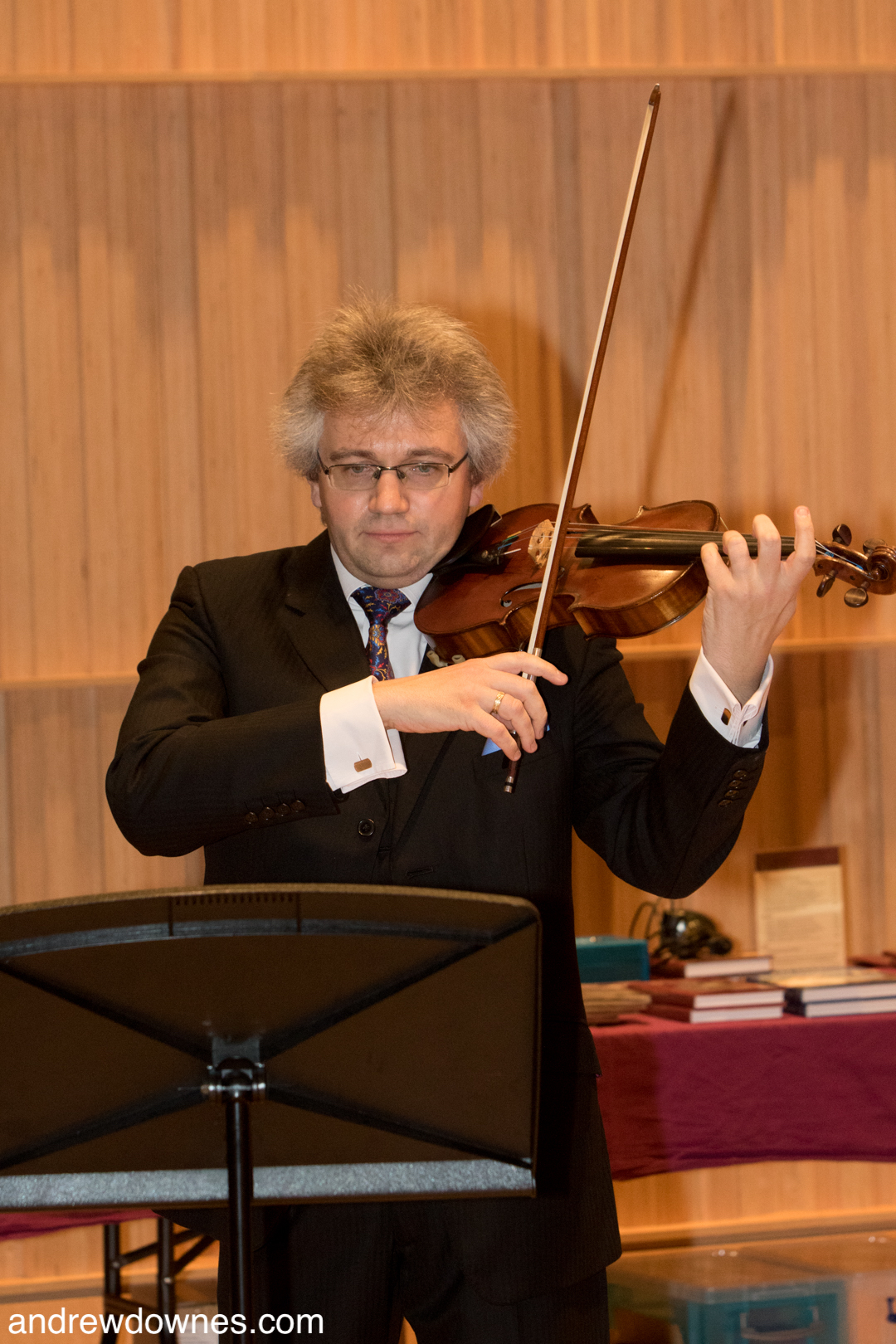 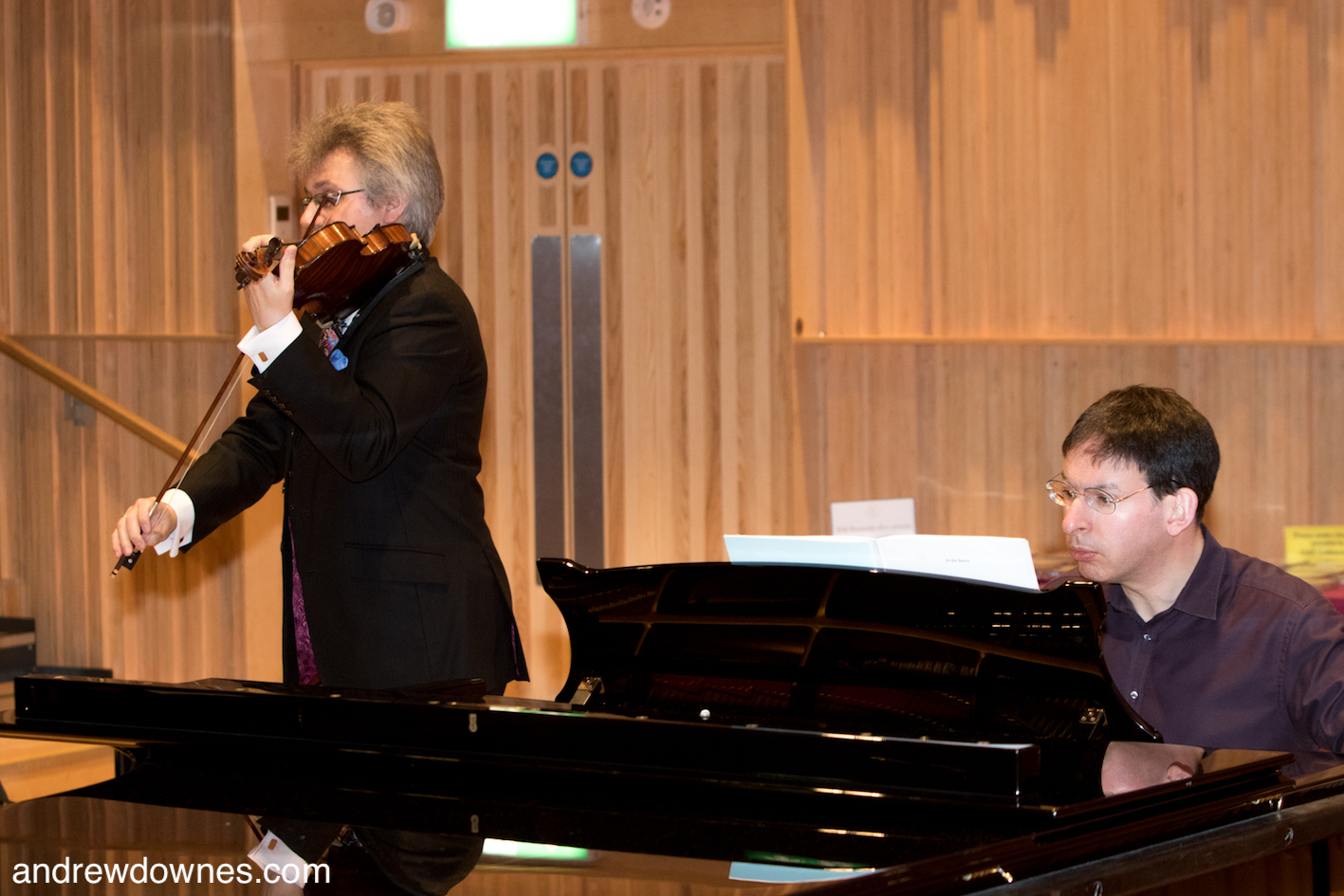 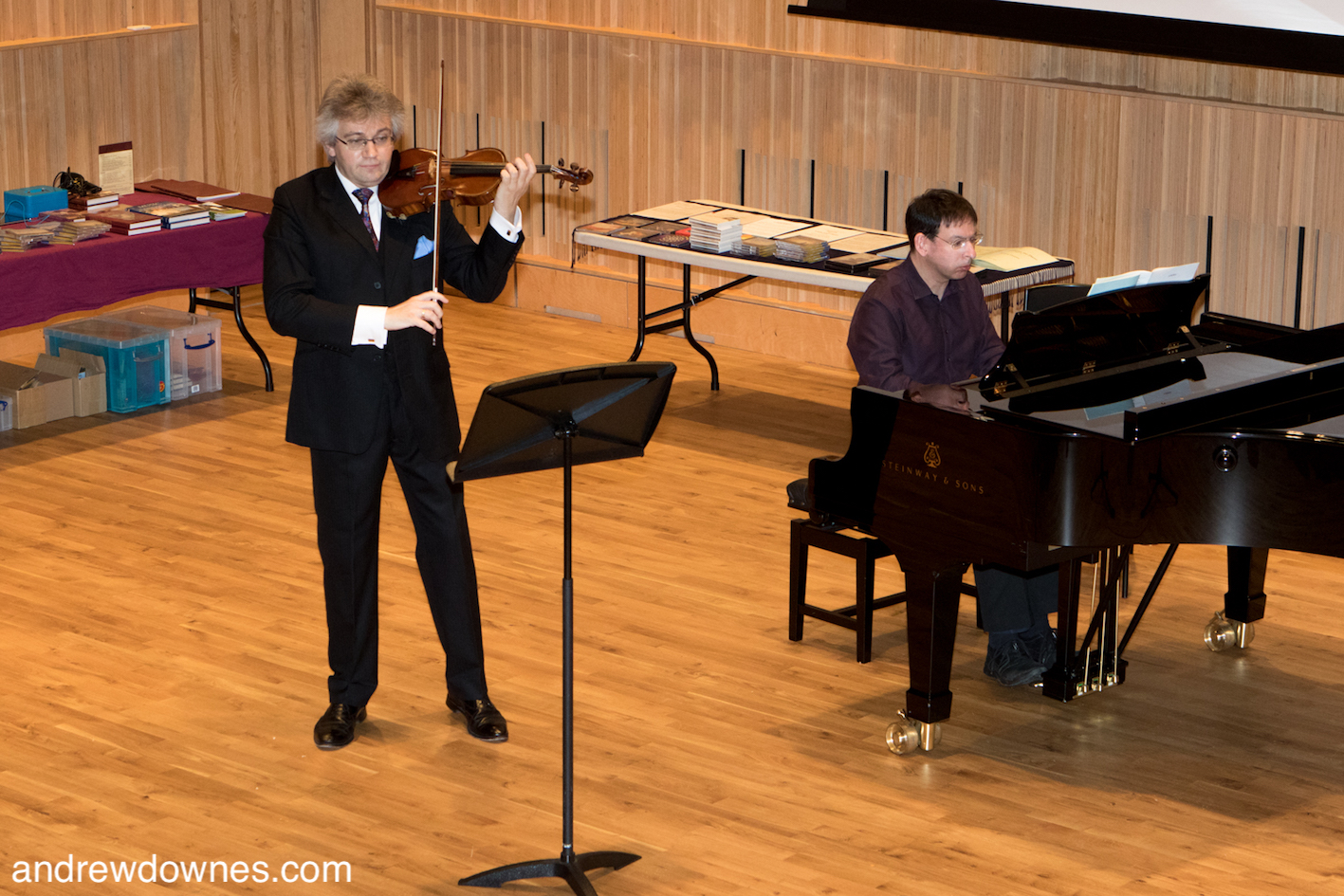 Paula Downes: And now we invite you to purchase the CD, and also browse other CDs of music by Andrew Downes as well as other CDs produced by EM Records, before moving to the Boult Bar for drinks and nibbles where Andrew will be happy to sign your CDs. 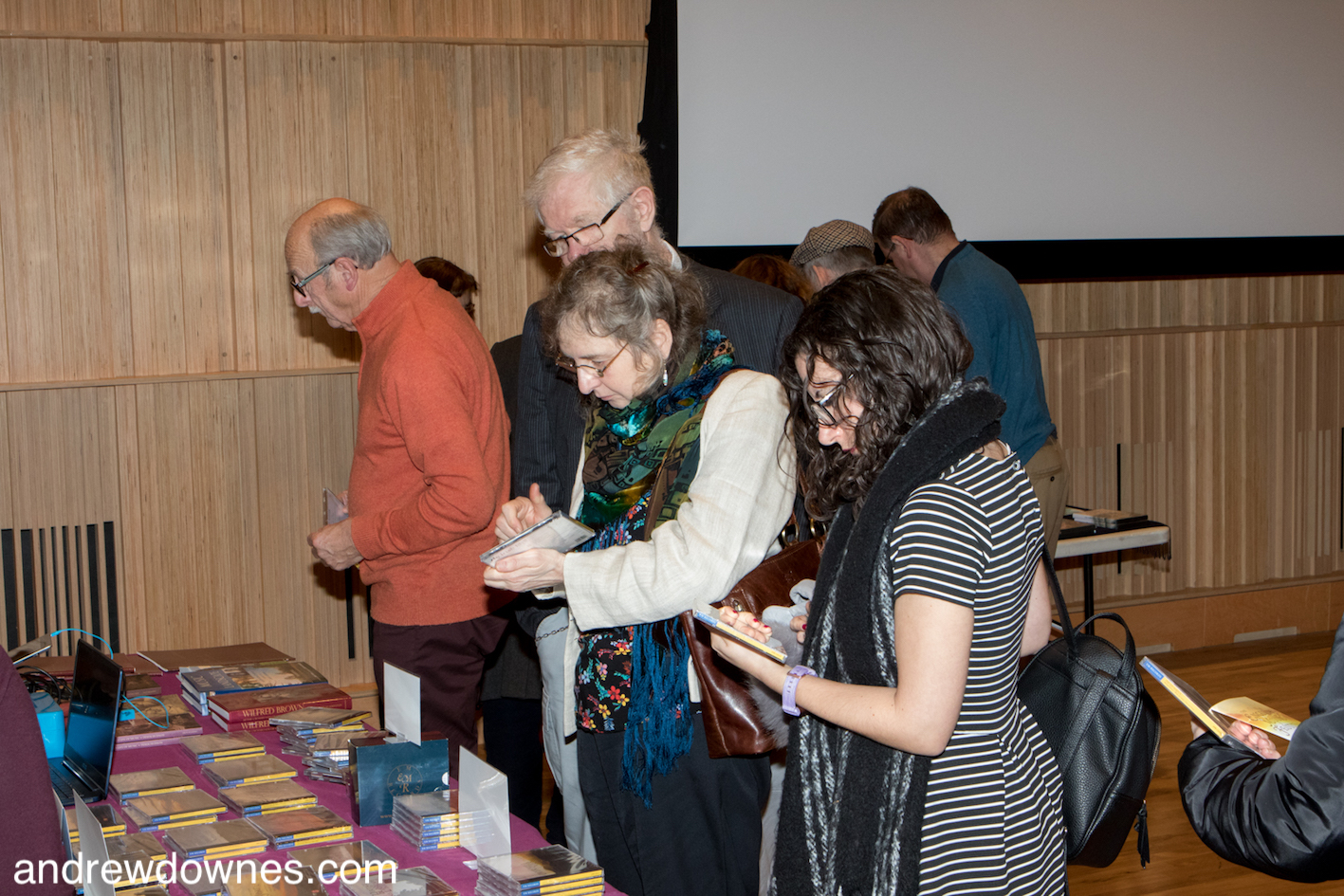 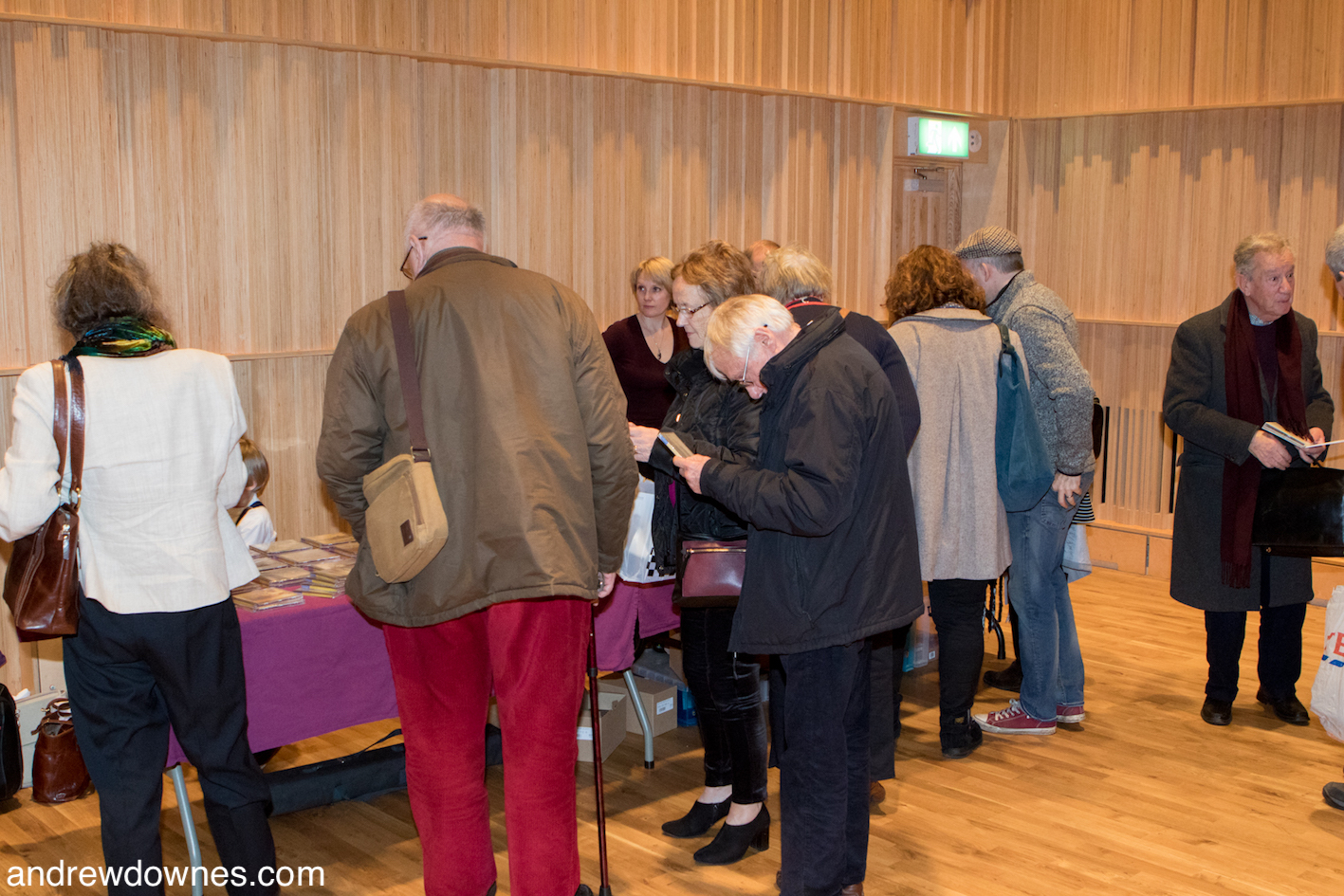 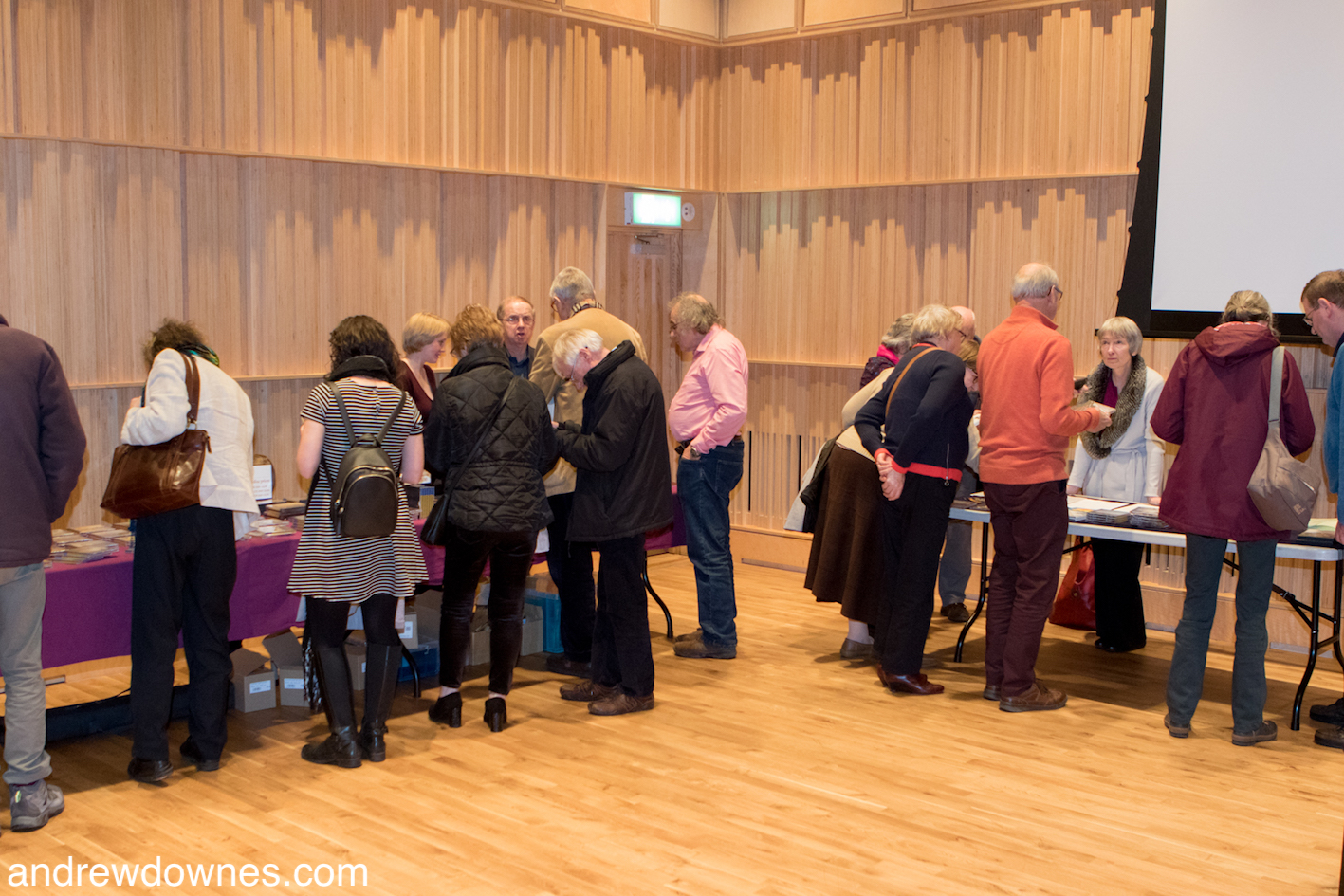 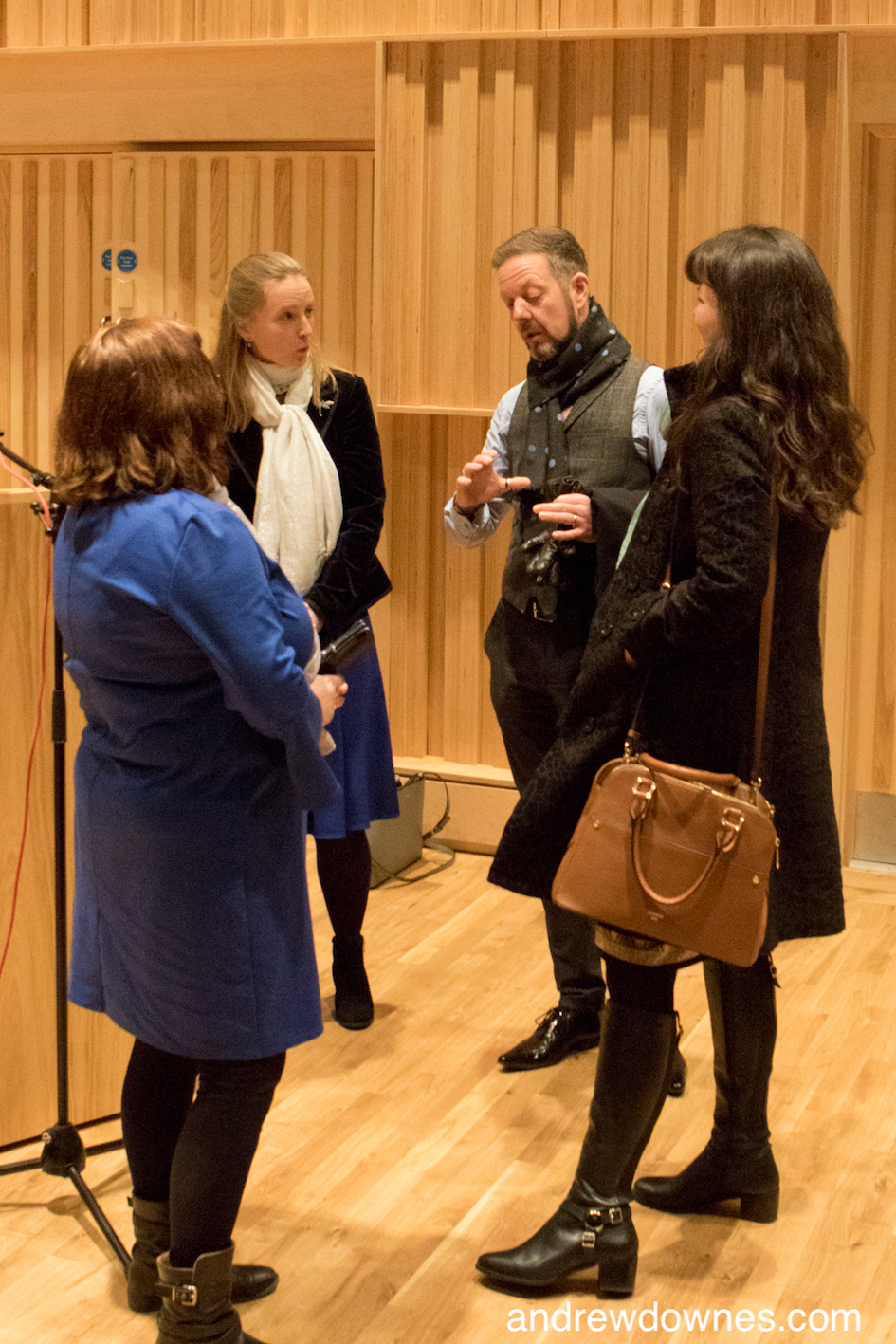 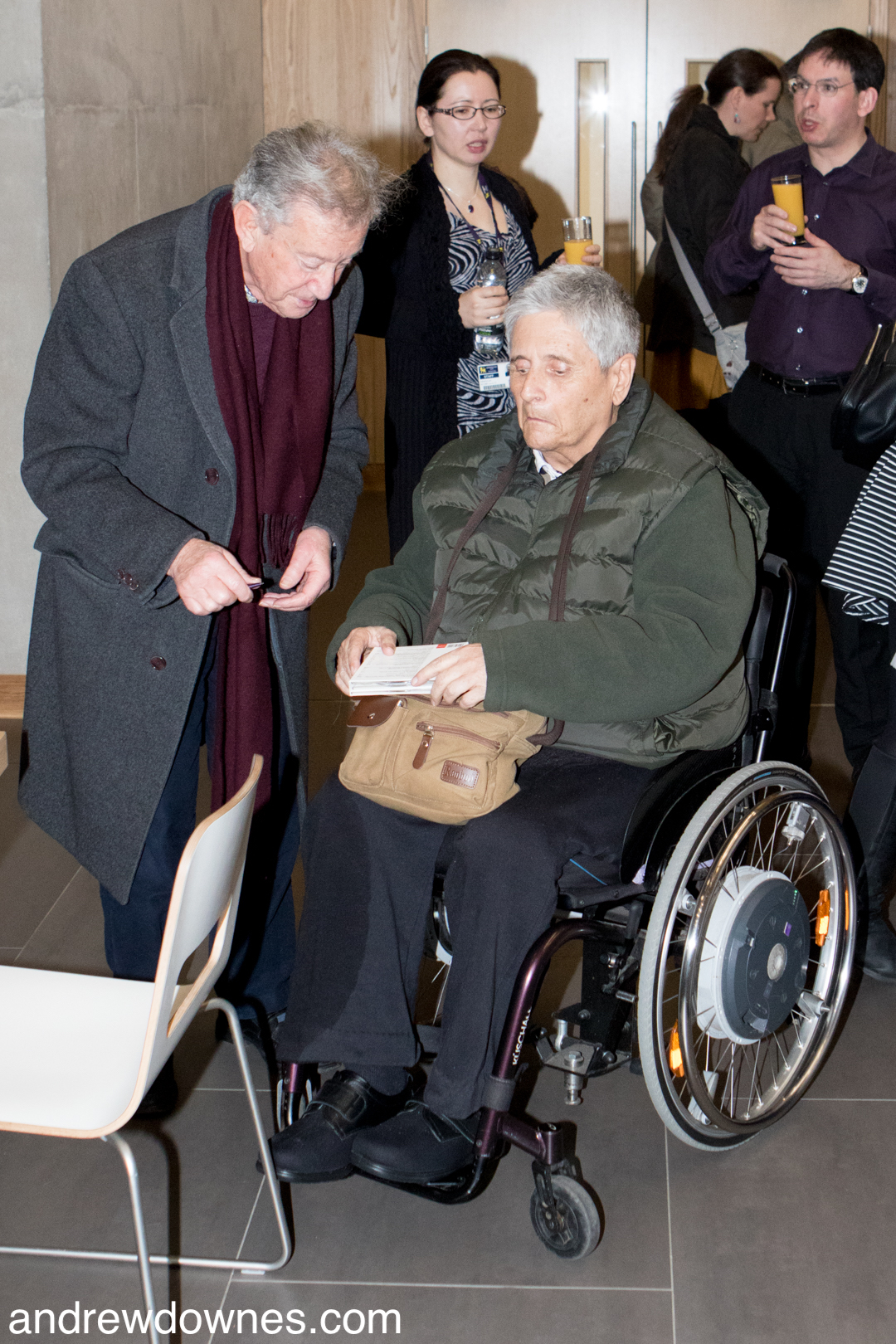 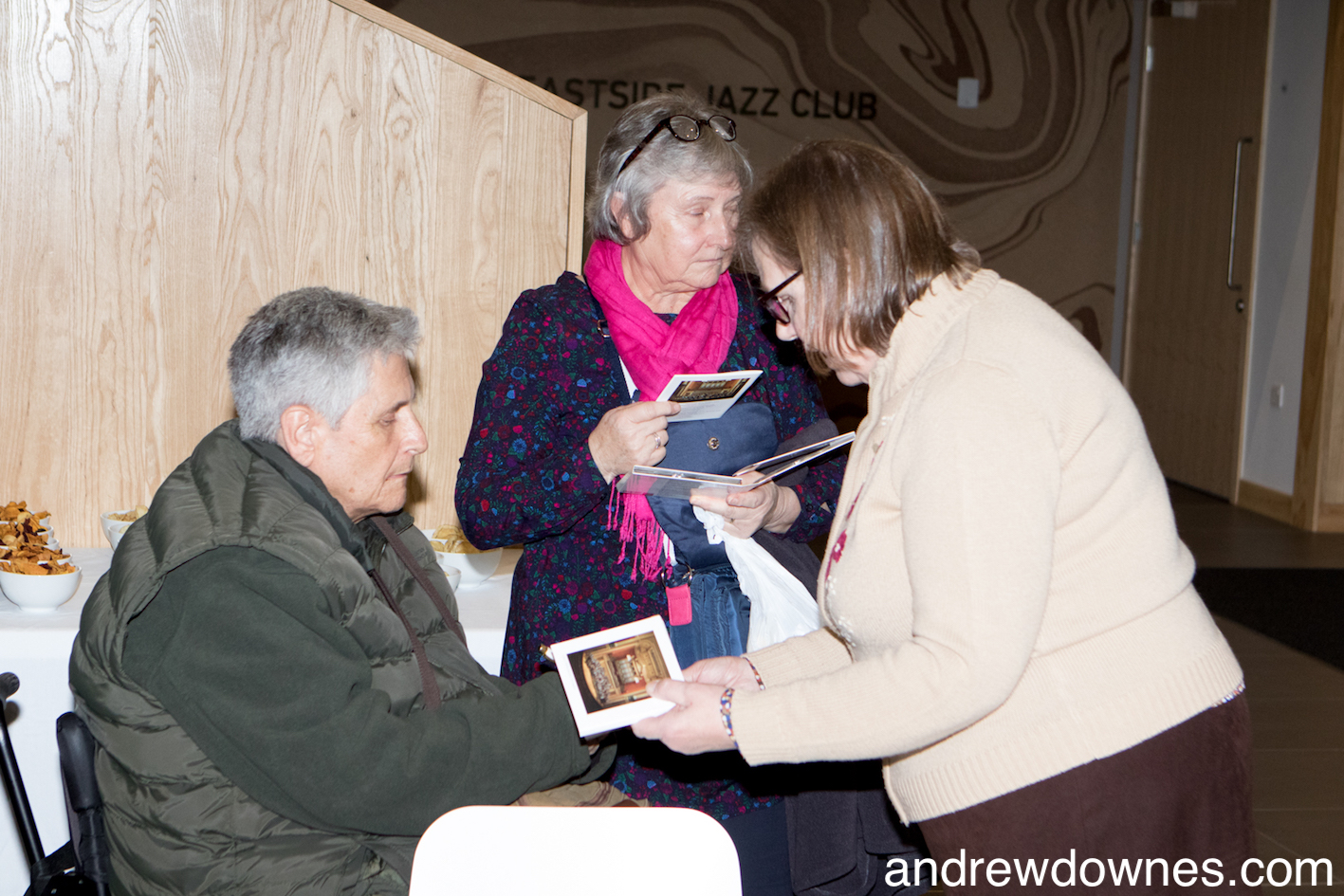 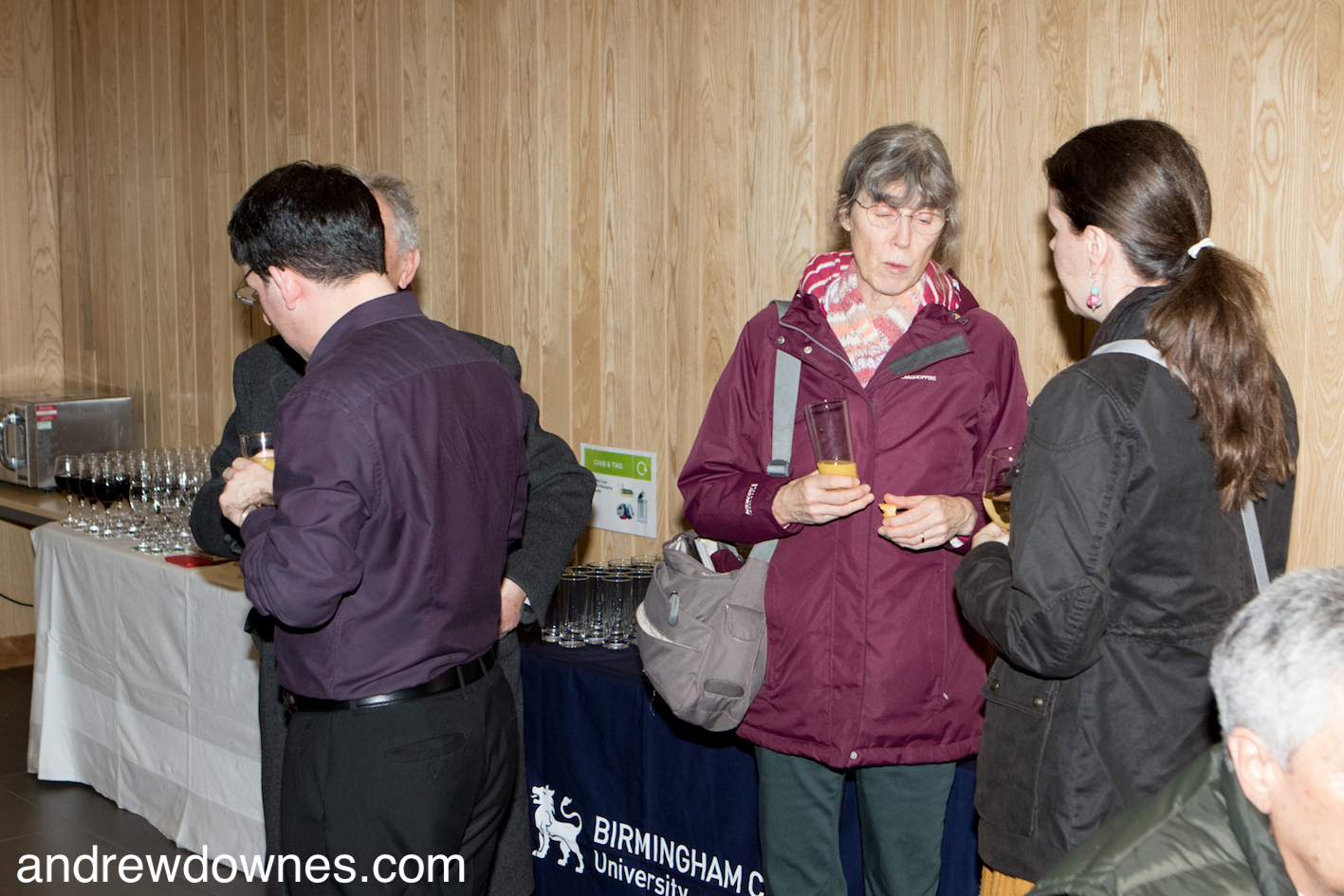 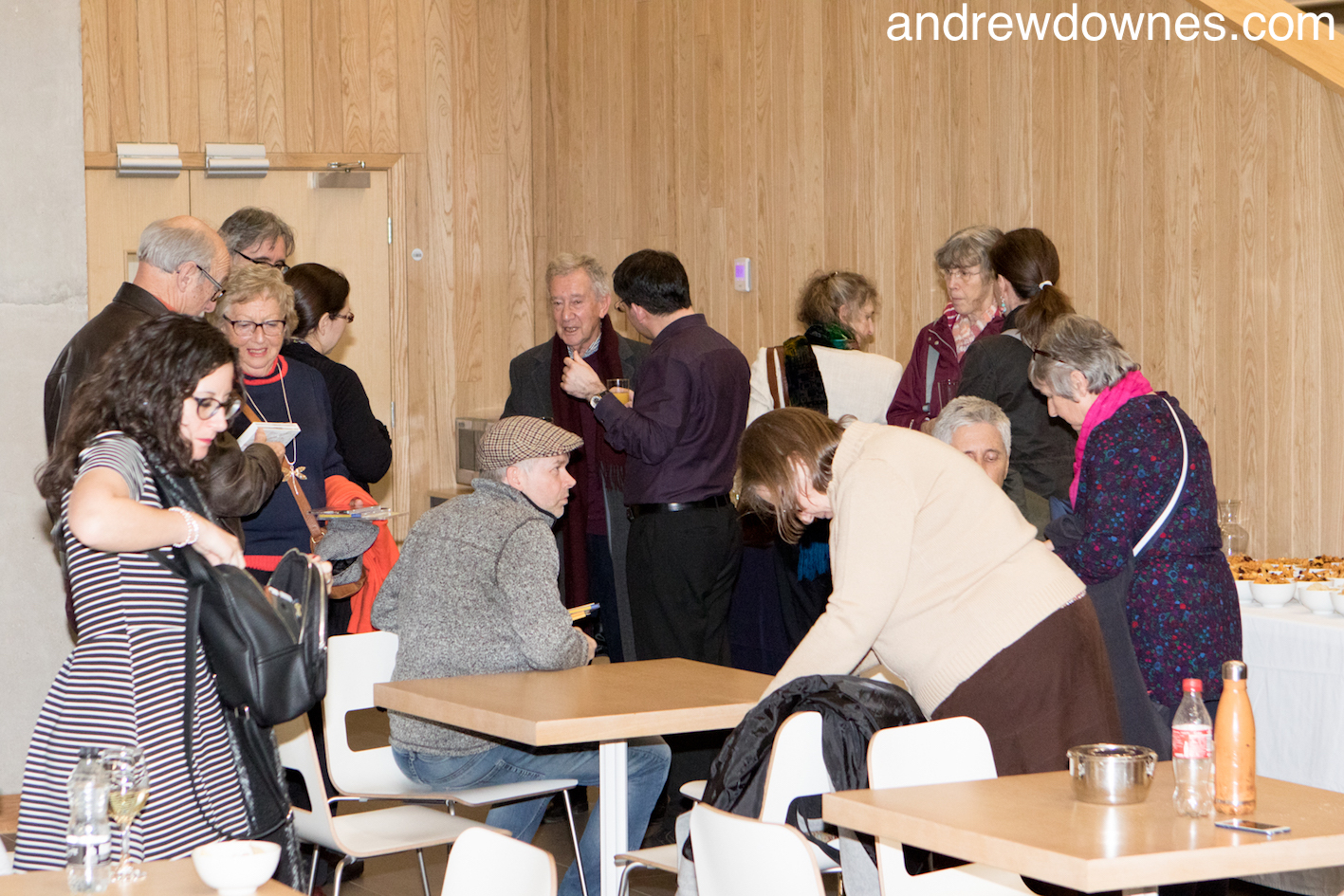 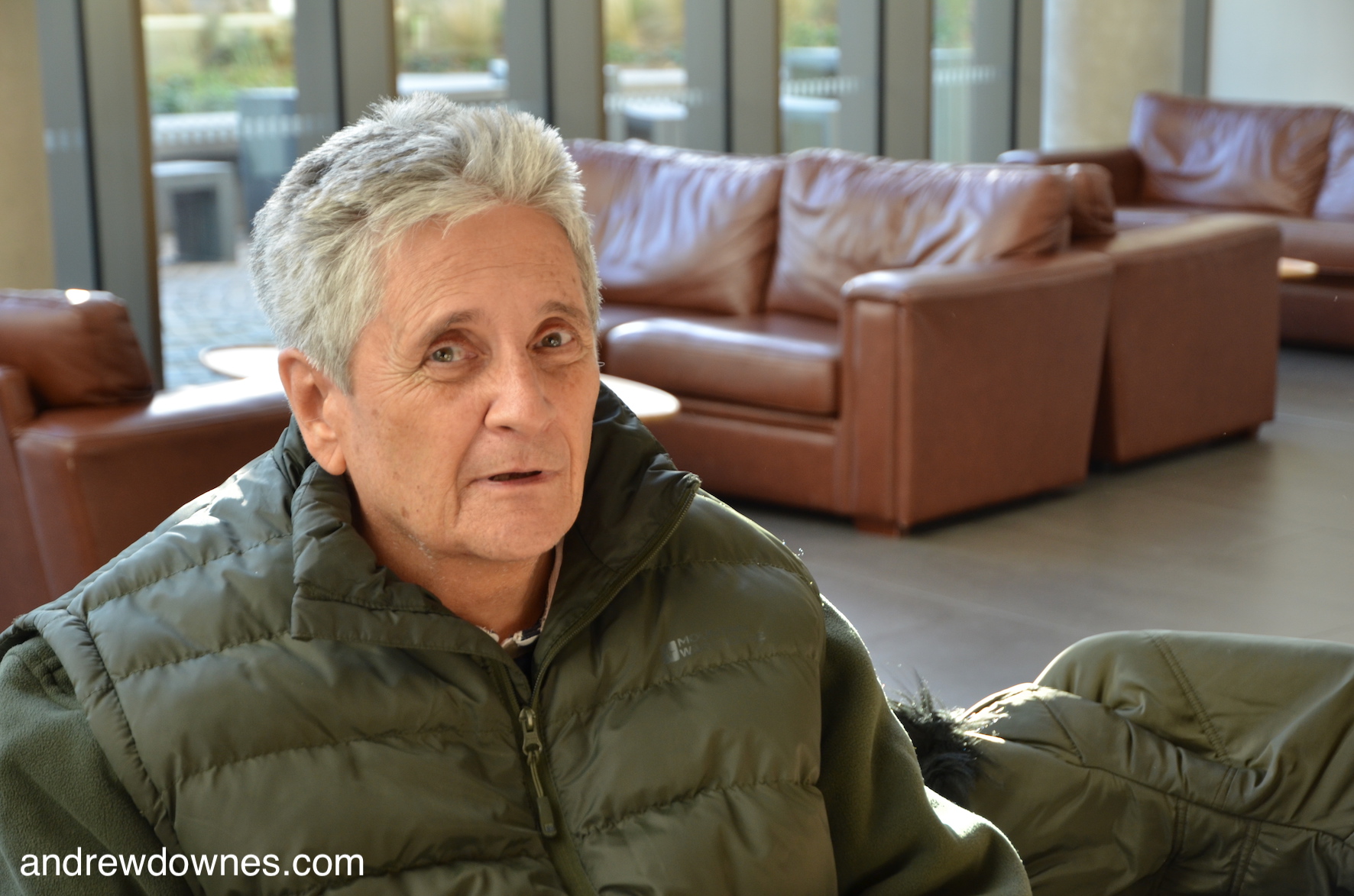 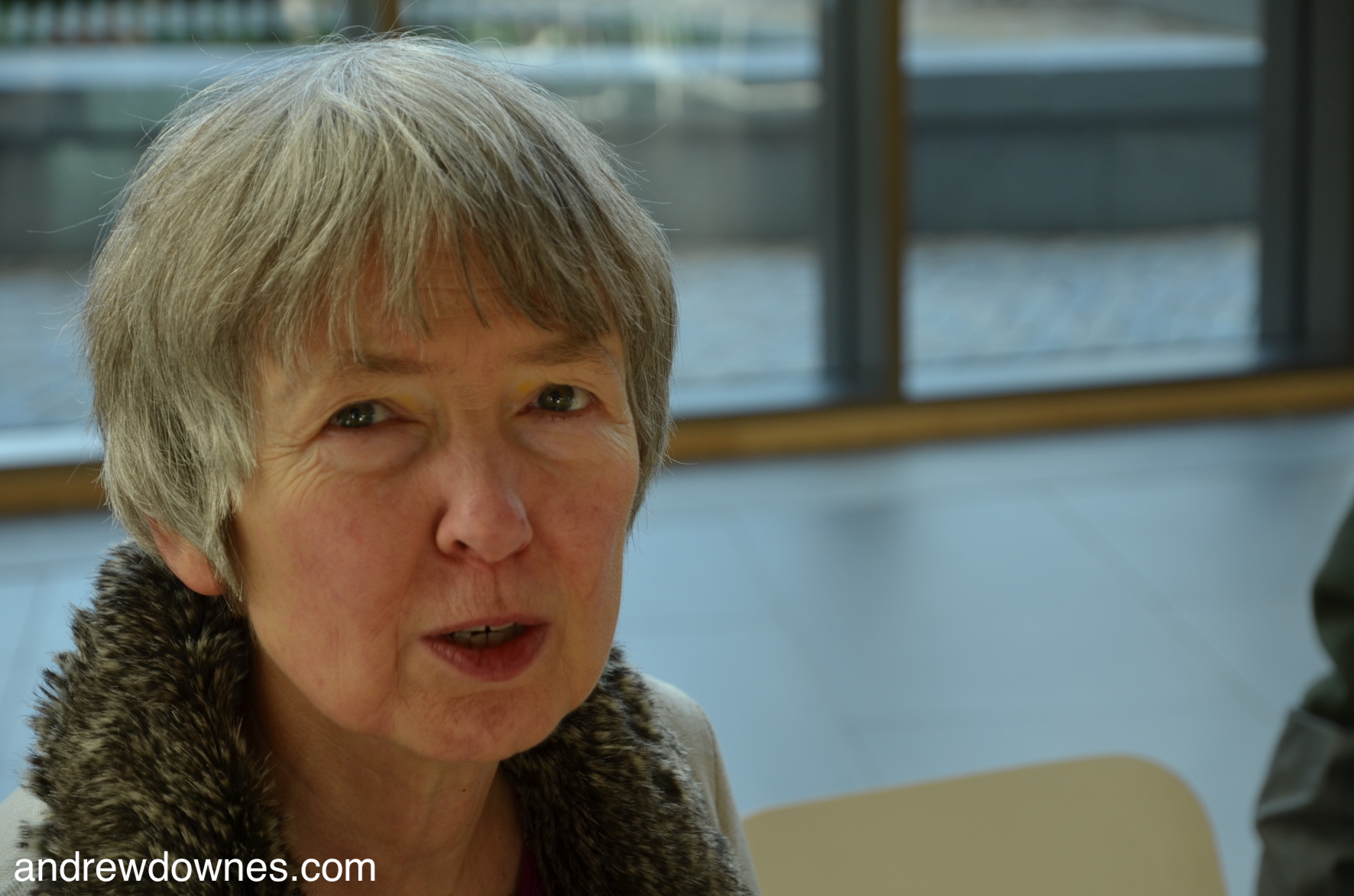 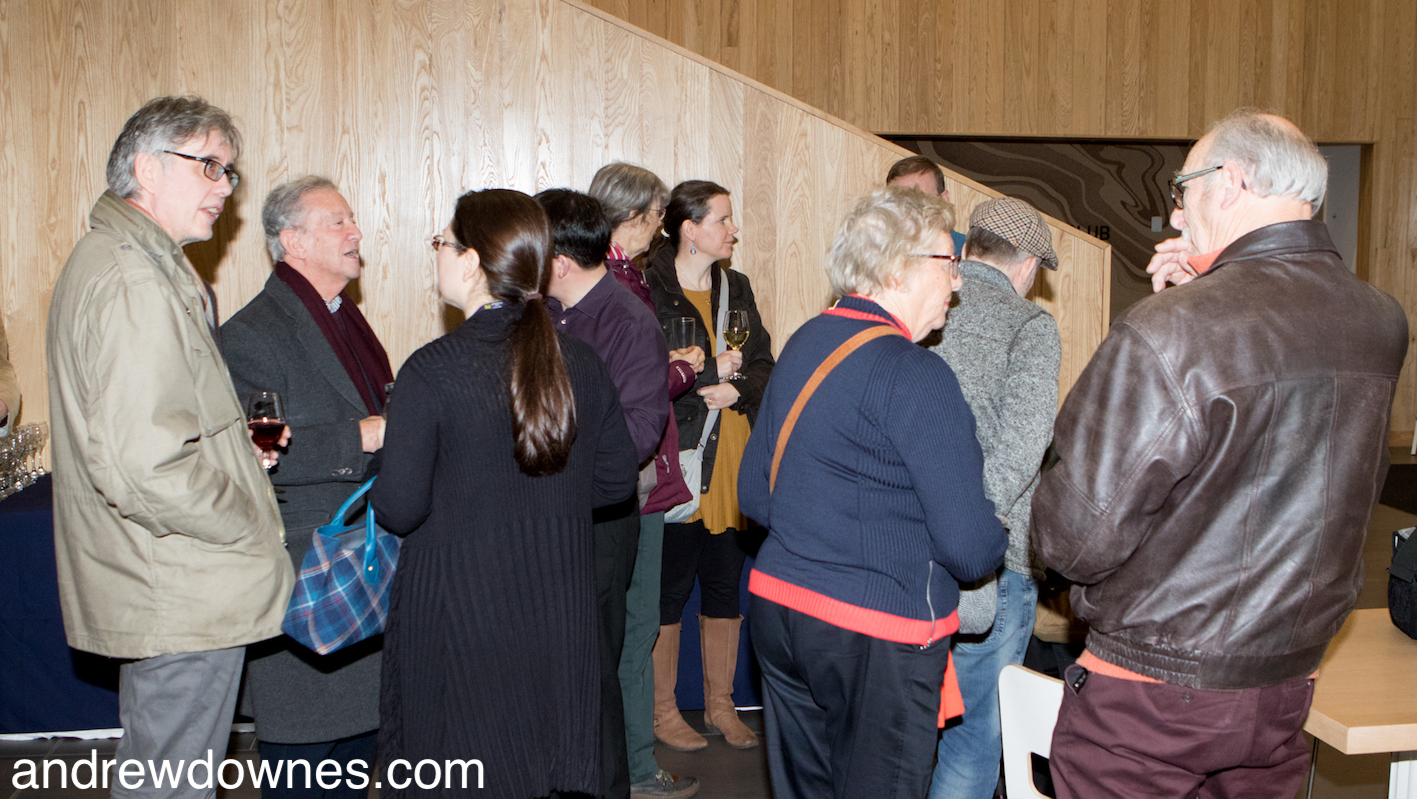 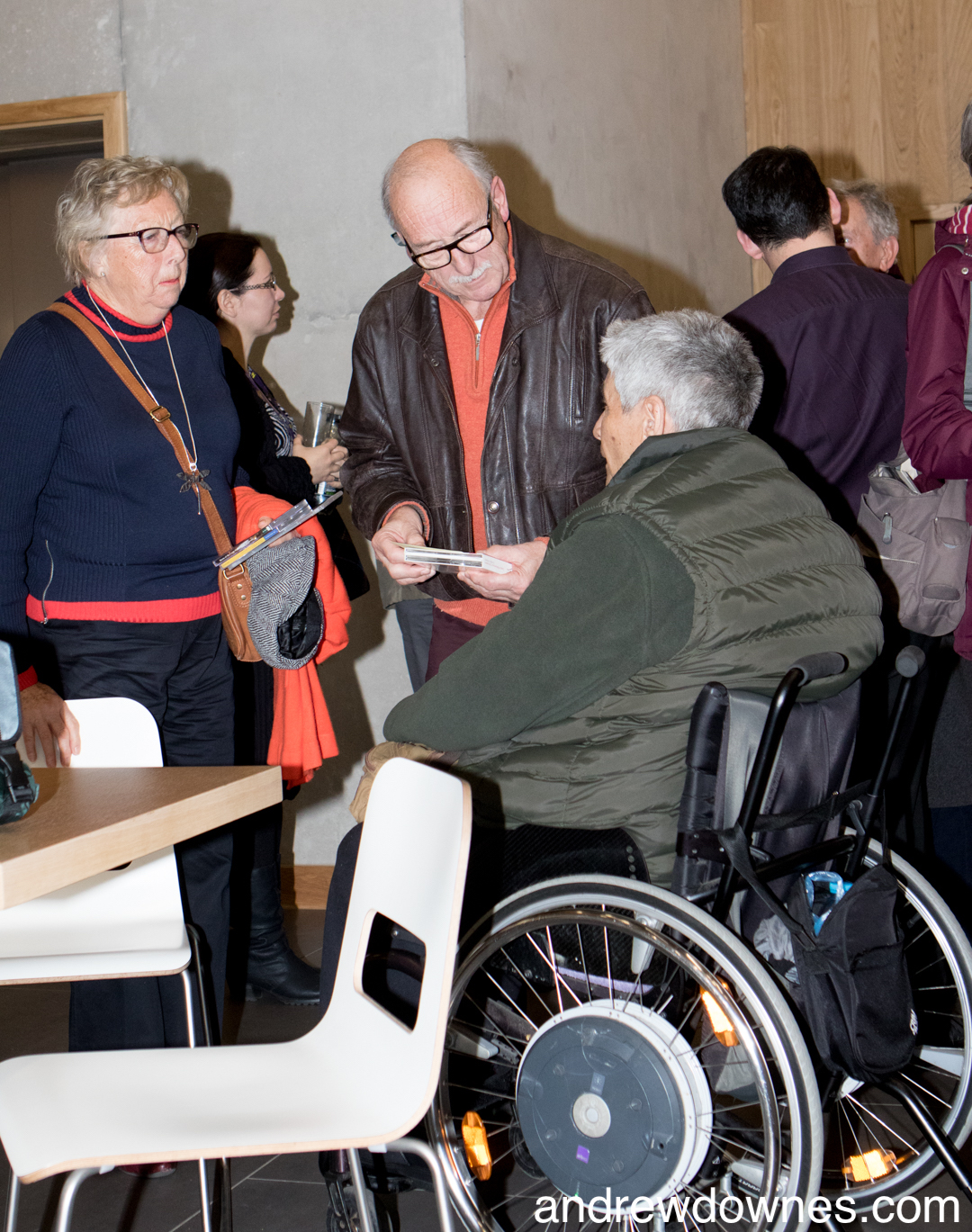 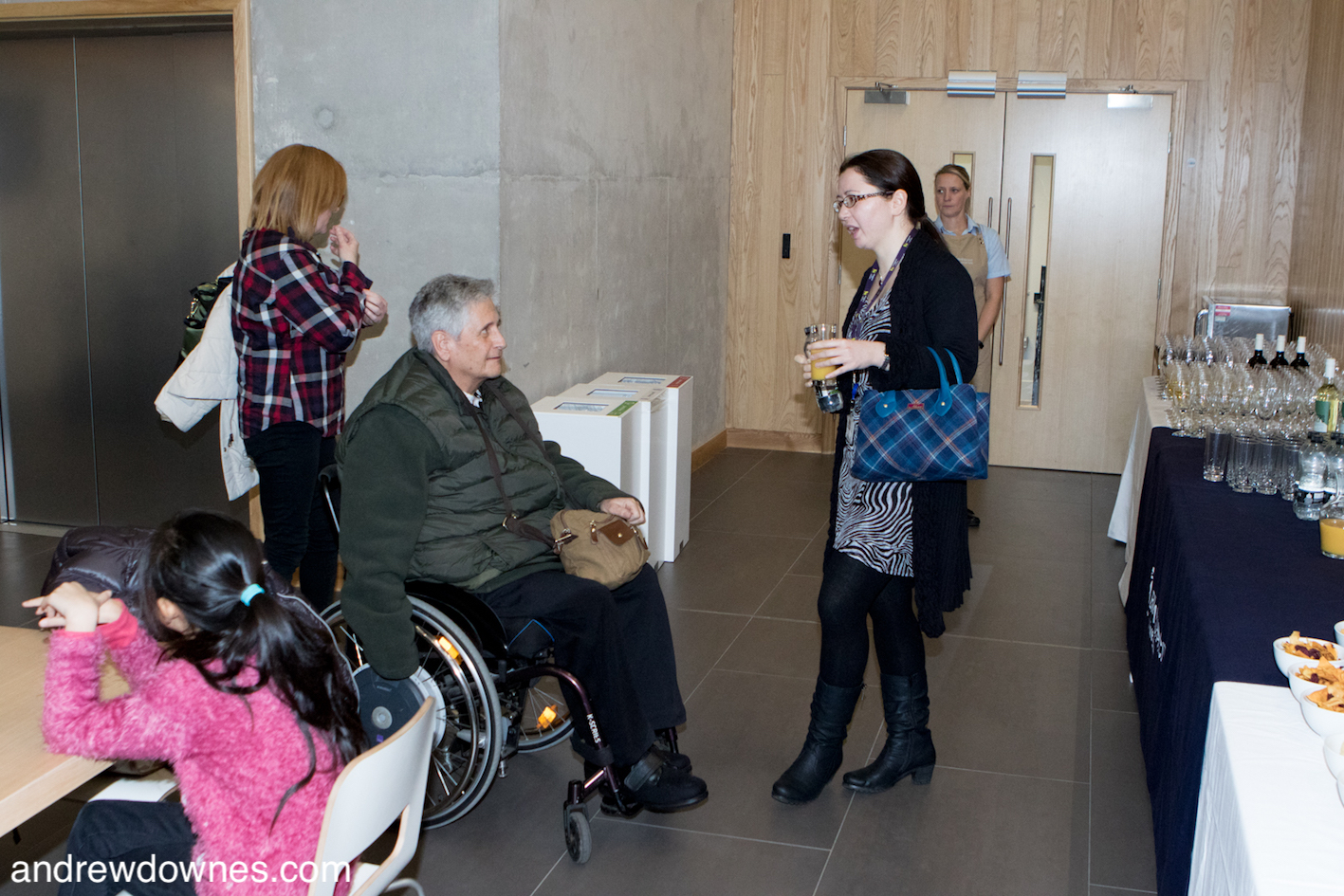 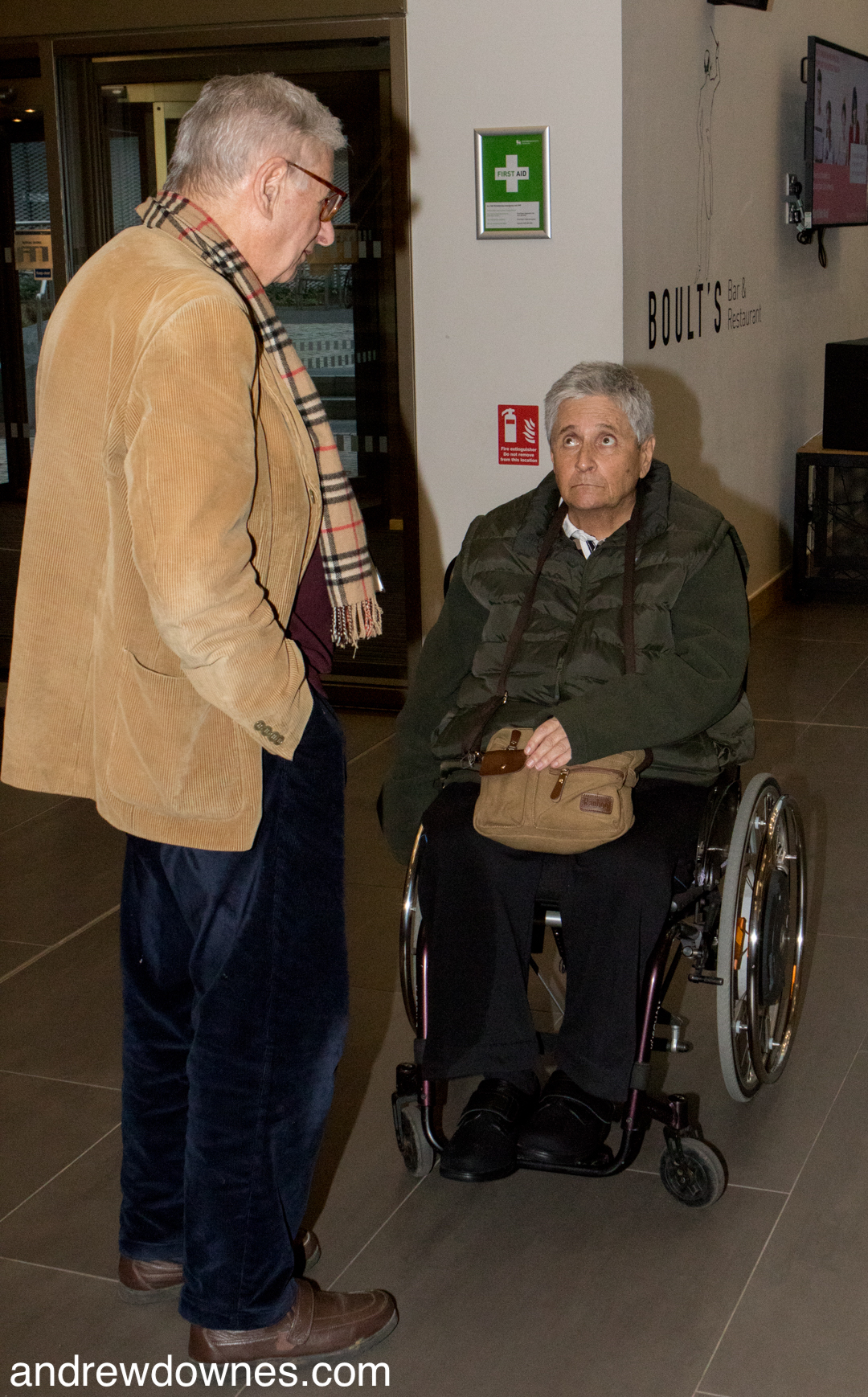